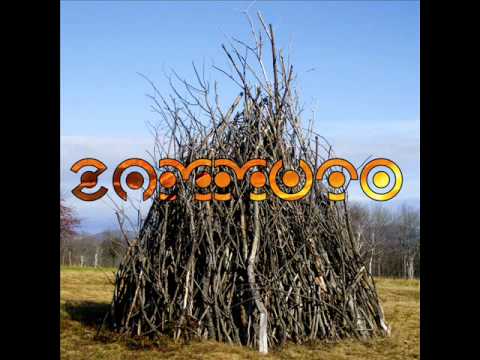 I've got it planned to the last man,
While you're sitting there acting like a horse's ass, man.
To the two to the three to the four on the floor in the store,
Citing caveat emptor.
You've got no guts to trust, rest my case, open shut,
You're the last one in line, like a zebra butt.
To the six to the seven to the eight to the nine, feeling great,
Feeling fine, take the bait.

I'm like Edison, I have a vision
I don't need your permission to be a magician,
And now it's never night.
And I'm a mason making dams up in your river basin,
A cool sensation flooding your foundation.
I like making lakes in the hole where you used to be,
It makes me happy.
Strong like T.V.A., I let the water out a little at a time,
And let it turn my little turbine.
Electric air-conditioned summer, electric air-conditioned summer,
Listen to your fathers and your mothers,
Some are better bets than others,
Listen to your sisters and your brothers and the others,
They're ahead and you're behind,
So don't deny it's high time to get in line,
Like a zed butt.

Now you're on my list of deadbeat reactivists.
Living at the back-ass end of it.
You should have listened to your mother.