You Don't Know Me Lyrics

Lyrics to You Don't Know Me

You Don't Know Me Video: 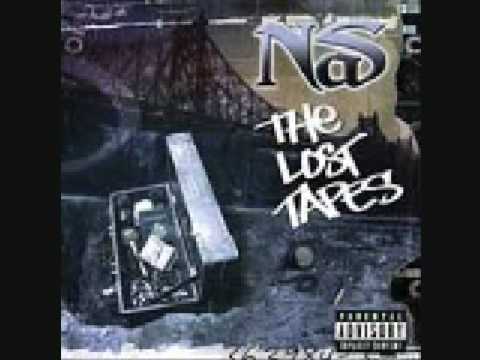 [Verse 1: Nas]
Girls I got 'em locked so similar to a prison
Hear this monster jam, I be callin' it 'GANGSTERISM'

I murder you for dope, I'm the street distributor
I'm homicidal, pointin' the pump, scope to shoot you
Street connects, Mob ties on East and West
We gouge out your eye balls if you seen too much
Hopin' out drops wit blings and stuff
Wit ball players wives, Mercedes 5
Dangerous lives and haters die rollin' with convicts
Conscience who tolerate no nonsense
Fake rappers in doo-rags, get shot-up at their concert
Your bitch bleed, bitin' her nipples with my chipped tooth
I drink her blood, like I'm Dracula, mack in the 6-Coupe
The sky becomes red, heard y'all niggaz work with the feds
Doesn't matter, blood'll splatter, everybody must dead
I got urge for self-reinvention, but I'm old-fashioned
From the corner's with the winos laughin'
Dealers and five-o blastin'
Capitalist thoughts like Presidents
I'm burnin' Bush's, Nas the realest, it's nuttin' to fuck wit

[Verse 2: Nas]
I smoke weed like them sixties rebellions, hippies on heroin
Spliffs inhalin', what I speak strictly for felons
Dippin' in their 6-4, hittin' the switches
Or sittin' in their Bentley Azure's, feelin' the riches
Or just ridin', truck drivin' Impalas, Denali's
I fuck with those but I lust for silver Ferrari's
I fuck hoes with the ceilings, have mirrors to watch me
My bed shaped like a pyramid, feelin' the dry heat
Spillin' Courvoisi', I'm half slave-master
Half Apache, half African, much is what I call us Black men
Lead astray, drugs and cups of alcohol, 'cause back when
They let us off ships; the soul of man was lost or trapped in
But every ghetto, every hood, no matter where the town
It's all haunted, all on top slave burial grounds
Dead cooks, workers and maids, under this Earth in rage
Ancient whore houses that explain my sexual ways
Money and murder: interprets the American dream
The world loves a gangsta, I found my place in this thing
Royce's, diamonds and bosses, woman who're gorgeous
Traitors, killers and enemies, remorseless, we live this

[Verse 3: Nas]
Gypsies, preachers, choirs, churches, liquor stores
The world is full of liars, curses, people rich or poor
Without God to worship, see we would be more lost
Gotta believe in somethin', or their would be no laws
A ghetto child occasionally blunted in Mansions
My cup overflow with Cristal, hundred exotic dancers
Niggaz is plastic, ass gets jealous and passive
My pistol blast at; cowards, leechers, and rappers
Niggaz I fuck with is 'Bravehearts', make G's
Before rap music to me, was wind blowin' the trees
Birds chirpin', rain fallin', perfect and free
But bitches saw my video and think they know me
These niggaz bad talkin', claimin' they gon' do me
Stay out my path homey, you fuckin' wit a true G
Bitch "You Don't Know Me"