You Can't Take Me Out... Lyrics

Lyrics to You Can't Take Me Out... 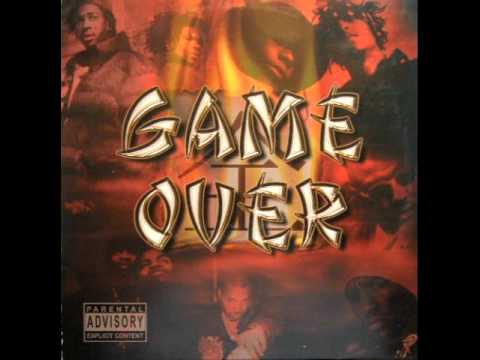 [Tek]
My eyes seen some breaks and bullets that passed
Plenty of ass, snakes come up outta the grass
Fort drink from a glass that we throw in the air
Champagne spillin over, as we toast to the year
Most passion guns, healthy girls and sons
To take over family biz, live out tradition
Like it's planned to be, flow gradually
Had to take everything, nothing hand to me
For the money, I respect have me kickin your door
You're in trouble when you can't see the angel no more

[Steele]
This little nigga seen a lotta ill shit in my life
Blood on my kicks, tale of a black nigga tryin to get rich
Life is a bitch, now a nigga fickle my dick
Loves to fuck, and live life allustrious
Why must we bust, mix murder with business
Corrupt the game, that ain't the way to conduct things
I ain't tryin to get my family involved in gun blaze
Have thief come back like instant replay
In Bucktown niggas get killed in broad day
Along with they peeps, they moms and shor-tay

[Steele (Tek)]
I knew you was grimy before I met you
Raw metal, If I squeeze, god bless you
(And god forgive me, but I had to do it
If I didn't I'd be in the I.C. unit losin fluid)
But I know this ain't the end lord
We got used to it
(And I know this gun is not my friend lord
It's like we like to use it)
It's like we like the music
It's like we like the bullshit
I get frustrated by the bullshit and easy to pull shit
(Give me somethin you can feel this)
Stainless Steel shit
(Thick ill shit, kill you and the dude you chill wit)
And if I ain't your killa, I still cry for you
Lord knows I'm not a murderer, I'm just good at what I do
(So If my lifes on the line, and my backs on the wall
May the lord be with you when I back up the four)
And may the lord be with you when your backs on the floor
Chokin on your own blood, cuz you relaxed during war

[Steele (Tek)]
Motherfuckers want us outta the picture (is that so?)
In the streets you can die to that (gotta go)
Stop your blood flow, you cowards can't eat no more
Money gotta a nigga dress to woe
(Mr. Ripper test the fo', die offa cess and 'dro
Head shots turn a coward into vegetable)
Hot ones to your vest and clothes
By professional, once it blow, god best it goes
(Take yo tokes, lookin to pretty to throw
Anyway we're you goin ain't gonna need it no more
Kickin grown rap, but a cocaine rap
Disrespect that, get your old man slapped
Strong arm tact's have your whole fam whacked
P.N.C. the best hit you back to back
Chest to chest, strip your ears, wrist and neck
Stop talkin like a killer if you scared to death)