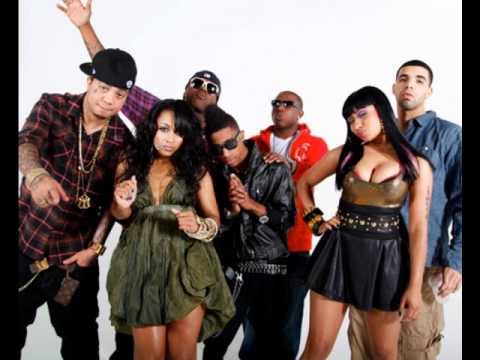 [Tyga:]
Ah... ah... life, life, I'm living my life, life
Got a bitch with an ass so nice,
Night time taking off your tights
Have a G night, night, getting head on a flight flight
20 hour flight, I ain't never been a hater motherfucker I ain't got no time
Young money like the lakers in their prime (prime prime prime)
Make money off a mother fucking rhyme (rhyme rhyme rhyme)
T-Raw in the bitch like, with a bad bitch trying to get a ring in a prom (prom prom prom)
My swaggers is nice, word is bond she might not know my name, but she know my song
'Really Raw' Tyga dog, tiger blood I eat your heart out (out out out)
Lick my paws, Hannibal Lecter I'm so involved
Follow along, Jay Sean pass the patron,
We shining hard up in this motherfucker

[Jay Sean:]
Baby hold it and let me holla on the remix for a moment
So watch me kick it then I'm gonna flip this script and own it
To all the haters, I made it and I be balling (yeah I be balling)
Yeah I'm the motherfucking man and I'm a brag and I'm glad that your listening to every word
So you can sit and analyze and think of every curse so you can try and describe what you think of this verse
So go ahead take your time and rewind it back, it won't change [?]
So many million sales they be up on plaques, on the walls in my crib as of matter a fact
(Hahaha)
Yes it's me, come all the way from overseas
Took that spot from the Black Eyed Peas
Number one billboard entry
Don't get me started this ain't no petty party
I'm hardly new to the game, I served my time in the army
Quarter of a billion views up on YouTube, U.K's number one most viewed
Come out of the dark, I don't mean to be rude
But it's true somebody...

[Busta Rhymes:]
It's Buss Rhymes baby
Back in the kitchen I'm cooking and I think you better listen
Look I hit them again, while I give it to them, a kick in the door
And I shook them again let me spit it to them, oh shit
Coming and going and I be running the show and I be knowing they knowing
And I be gunning and blowing and I be stitching and sewing up everything up in this bitch, let's go
Everybody know that I'm a come and I'm a kill 'em when we step up in the building
And you know that I'm a hit them, and I do it how I do it now I gotta get them, explosive
Every time I grab a microphone you know I must rep
Everybody know it ain't a henny kill a dupstep
And I murder everything while becoming a suspect
Better hit the lights
Better know that I'm a come and I'm a run them off
You know it ain't a secret bitch you fucking with a boss
Bring me any bottle it don't matter what it cost
Hey, hey, hey, hey, hey
Yeah we got them wilding in the building right now
The king is up in here you better bring the right crown
Cause... you better turn the light now
YMCMB
Do you really think you really wanna test me
When you niggas know already who the best be
So I hang them then I cut them, I bang them then I shut them
Then I hit it up you know it's only right
Then I'm gonna hit them in the front,
I Hit them in the back then I really think that people really need to see so...

[Cory Gunz:]
Yeah Cash Money till the end of me
We family, he's a friend of me
Make real nigga moves, you pretending to be
Get it like Lebron give it, can you get to me
Little nigger wanna... for the pay
Baby girl dug how nigga feel the day
Thugging in public while my broads say they love it
Couple of years back had pictures on my budget
My main chick [?] on her stomach
See chief posse [?] thug runners [?]
Stunna man say it other niggas get done in
My team get to it, other niggas run from it
Tune got me touring the world that one hundred
Niggas did it all, still I ain't done nothing
Jay Sean got us in the U.K gone
Gone nigga gone hit the stage strong
Watch what you say, long as the pay long
Niggas think I'm a joke get hit with the trey long
Word to Wayne I bet they herd the name
So he reserved the lane for me to start to flame
Taking the boat, we don't take the plane
Hoe girl shake it, you deserve the change
All she really want is a few furs of fame
Pop champagne, Wear the chain
Nah me and T ain't letting them wear the chain
Unless she likes all that with her brain
Bruce Lee flow on the track, clear the frame
Hood be the niggas since Wayne and Mac Maine
Tez Slim, the don and stunna man
YMCM that will never change
Tell them other niggas behave and act sane
[?] begin right here is the action