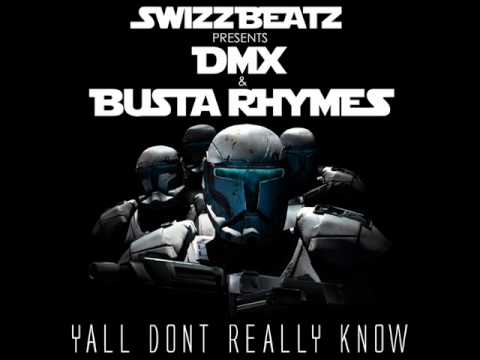 [Verse 1:]
Check it,
Sky's the limit so I'm reaching for the stars,
I'm tired of being that nigga that they keep behind bars (bars)
What's good, you got it, I'm a take yours,
I'm hood, fuck a gun, I break jaws,
Understood, it's nothing to bang for the cause,
And I should cause you frontin' bang with the force,
Rats playin' in the walls, cats playin' in the halls,
But niggas know after a certain hour stay indoors,
Cause I'm not responsible for what I might do,
Or what might happen if dog come through
It's gon' be a problem cause man if I catch em I'm a rob em,
Pleeeease somebody stop em,
But for that it's too late, I gotta eat,
You ain't, you straight,
I ain't gon take it all... today!
You can say what you want but cha know the truth,
X is a beast in the streets and the booth.

[Verse 2: Busta Rhymes]
See all of them rinky dink Mr softy rap, I'm here to kill it
Reinstate the boom bang and make you niggas feel it
And most these niggas fear it.
Let me pop it off and blam it
And how we smash it out like you watching animal planet
Now let the sun load the bricks off
Niggas pissed off
The stage too crowded throw the bitch off
I'm bout to turrn the switch off, to the goons I hand pick em
And they burrrrrrr stick em, ha ha ha stick em (woah)
You better tuck in your shine, that's prime grind
Niggas is black, them kill em in black
Now feel us one time, see how we got em following suit
Fall in one line til we force these niggas to scatter
Soon as I buss rhyme
Bust Rhymes, constantly fulfilling them with heat
Like an oil spill in the street
See how we killin' em
Peep how we drill 'em in the head with a case load
And bang em
(Hang em)

[Verse 3:]
Beast on the track like Wolverine (rine)
I'm a pitbull but got wolves on the team (team)
It ain't what it seems (seems)
Don't get it twisted (man)
I'm a let you know just in case y'all missed it (f-ggot)
Got me fucked up if you thought that I fell off (come on)
Now niggas wanna ride dick get the hell off,
Come on Chulo, we both know you culo,
I know and you know that you the one that you knows,
Beefing for real, nigga I sleep with the steel,
And keep shit real, I creep shit still,
Ain't nothing changed but the date and the year,
Niggas make threats yet they wait for a year,