Word On The Street Lyrics

Lyrics to Word On The Street

Word On The Street Video: 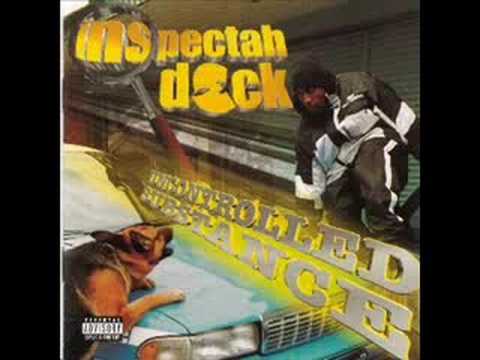 'Bout to make this hundred yard dash...
with the cash

[Inspectah Deck]
I'm fleein the crime scene on the major decon
Power steerin, lost the handle in the Jeep spin
Deep in the seat, high persuit by the precinct
My co-defendant turned stake and let the beast in
They rush my old Earth lab, grabbed 50 g's cash
in the stash and let the glock splash
Sun dash down the fire escape past the weed gate
the weed gate, thought it was a sting, popped the tre' 8
Jakes givin chase, now the dread's my 'space
I was creepin down the staircase, we met face to face
In the lobby, cold stares, show no fear
We out for now, but next time we might go there
Cuz po's here, must've turned down the walkie talkie
I thought I heard one tell the other that he caught me
Damn, they got my man, he knows shit
Bitch nigga that I rolled with told shit
I layed low, 007 'til I get dark
He told where my wiz lives and where the whip's parked
Got my address off the license plate
That eliminates, headin to my next restin place
Uncertain, my wiz peaked from behind the curtain
It seen the high beam from the chicky lurkin
The high speed chase, got my swervin
I needed a diversion, crashed in the side of a suburban
In the mirror, I'm starin at the eyes of the lord
Couldn't jump out, fucked up the driver side door
Called China, meet me in a half with the pathfinder
No time to talk, I'll fill you in when I find ya
Stopped at a neighborhood diner, brought me some attire
And swore to hold me down under fire (echo)

[Inspectah Deck]
You bein watched like you new on the block from roof tops
Get your moves on these hot shots, pop, music stops
Party's over, bold soldier move for his holster
Shot the lights out, struck the bouncer in his shoulder
hard times for po-9, can't control the mass' sweep
for move backstage, we sling V.I.P. passes
Jakes sprayin mace, riots takin place
When the Clan show they face, the fans show they place
Get your blunt rolled, fuck the 5-0, they want it dun' know
Bitches get tripped over, niggaz wildin the front row
Fire marshall catch a beat down, tryin to cut my sound
Radio dispatcher, back-up, bustin rounds
without intermission from a crowd's position
Bullets ricochet off the strobe-lights, strikin Christians
My nigga slipped in, 'nuff ammunition
to bust back, fuck that, them out-of-town cats gon' take the rap
It's war on the dance floor, quarter to 4
Before we peeled off, they tried to seal off the back door
Gats for the beast, high persuit down the side streets
Shot up my getaway Jeep, crashed the front glass
Flew the head rest off the passenger seat
I grabbed the heat, catched in the wif in and escaped on feet
While the locals interrogated for names and photos
work for 5-0, swappin info for dough