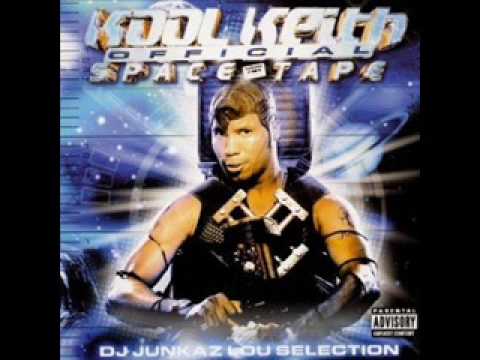 There's no A&R out there that can tell him how to make a record
You can't tell him he needs to make something like everyone else
cause everyone else is just stealing his originality and ideas
ANYWAY .. I think we should cancel the marketing meeting

[Kool Keith]
As a big secret, Kevin Glickman chill with Chris
Don't like Jeremy Lawner
So Ruffhouse politically had to freeze my album
Regular Columbia don't know what the hell is goin on
With a sheisty distribution switch behind my back
I worked on my album February last year
13 months, passed by, all I heard was a bunch of lies
Six weeks in ?? hawkin with a so-called manager
Univested, livin off my budget
My LP was completed before John Forte, Sporty Thievz and Pras
but too many secret fans had they hands in the pan
When I got to Philadelphia, everybody was waitin for me
with tracks with a bag full of unconceptual DAT's
Throwin me off, distractin me
?? ?? came out with programmin
Me on the basslines, all my beats were slammin
Nothin they could tell us
While everybody except Tim Devine was jealous
With my album leakin out to a bunch of critics
It was somethin stupid the record company
and the scam bookin agent, slash manager did
Dubbin my cassette for the industry, it got silly
Opinions from people who don't know jack about music
in the industry, know what?
Had to do the album practically over

[Kool Keith]
Back like "Return of the Jedi"
While the average person critiquin my album
Most MC's look at me with red eyes
DJ's don't understand my sound is too new
He can't feel it on the felt; he say he'll make it a hit
if I give him a Rolls Royce and a Versace belt
Take care of program directors
Yeah gonna call Billboard when y'all send them a Mustang Ford
Then buy a 20-page ad about Kool Keith headbands
Soap powder's in The Source, that'll get me the cover boss
Everybody's small
You're gonna have to buy video shows with washing machines
I got to step up to bat in 3 Rivers Stadium like the Yankees
in the World Series against the Big Red Machine
Y'all gotta make it work, every video producer
Y'all gotta send 'em a V-12
cause nobody wants the t-shirt at Urban Network
Big Truck productions need to hire 20 people on the phones
Callin retail; 90 foot pictures of me and my daughter
lifts on the side of the building
Half of these records are wack cause street teams get paid
to pull out wack snippet tapes out their wack backpacks
Get off early with a crew pile up in a suburban
Go to the clubs and get the flats and posters and start servin
Yeah