Where Once Ravens... Lyrics

Lyrics to Where Once Ravens...

Where Once Ravens... Video: 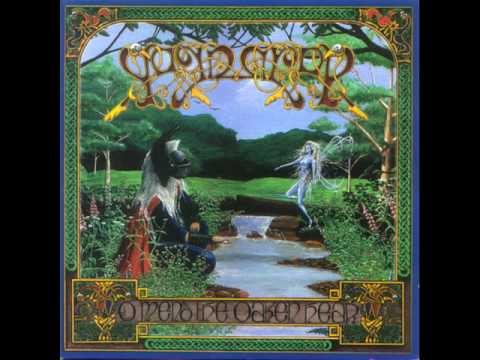 I hear a voice of wisdom called as soft as thunder in the storm.
Bringing the glory tales of those who went before.
Where once ravens flew.

Where honour rode in the faith of the true a Hammerheart would know not fear.
With banners shining high and swords, which were drawn to defend.
Where once ravens flew.

But now this land, this land once pure and wide and free,
this land is cursed; faith lost by those who could not see.
But still the ancients call, awake the hearts of all who would believe.
A voice of wisdom calling us to war. Now rise up, fight, be free.

O one-eyed god on your throne in the sky, I feel thy wolves and ravens near.
I hear thy son ride upon the storm, the hammer shining as our guide.

Arise the sons of northern thrones, Allfather's calling us to war.
Fight for our home, this land which once was our.
Where once ravens flew.

And again ravens fly. Soar into the havens on wings of blackest night,
screaming the glories of ancients past they rise from the slumber of ages.
Wisdom. Thought. Memory. The call to remember, to reawaken this ancient heart
so lost in the passage of time. Ride once more. Ride upon the north wind, caressing
the gentle breeze that rages within the storm. Spread wide to catch the wind,
to catch the storm. See how they fly once more held high in the faith of the true.
And the swords, the swords, raised up again into the vast and blue wide hall of ancient dreams,
glinting in the sunlight. See how they shine. See how they glisten. An ocean of shimmering
silver steel bathed in the morning light of reborn glory. A Glamour of metal
and voices raised high in the hails of our forefathers, the ancient hails to the gods of the north
wind awaken, and we, the sons of the north wind, the sons born to these northern thrones,
we hail thee. Odin, Odin, Odin, Allfather we hail thee. Ride at our side once more.
Reach out with the great and lofty Gar-spear to guide your chosen sons to reclaim our rightful thrones.
Ancient thrones. Thrones secured by the blood of all our fathers who now dine in glory at thy side.
Thy ravens above us, so beautiful they stand in pride. Honour, glory, victory. This victory ours, Sigtyr.
Til death, til glory, til victory, til Valhallr greets us with gates so wide and open,
welcoming thy sons to our homes in the sky. Ravens above us, held high in faith that we never fall.
And the Hammerheart, the heart that beats so strong and true and constant, never to cease,
never forgotten, for we never die that glory gain but to rise once more in splendour beyond the reason
of mortal sight, to reclaim these lands once ours' to restore the heart of ages.