We're All In The Same Gang Lyrics

Lyrics to We're All In The Same Gang

We're All In The Same Gang Video: 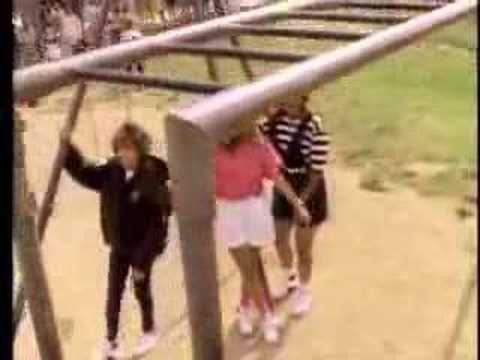 (I'm King News and I come to you with the truth
The mean streets took six more lives overnight
all the result of gang-bang stupidity
By the way, you gangsters should know
one of your victims was a three year old girl
Well, you gang members, you still don't get it, do ya?)

[King Tee]
It's straight up madness everywhere I look
Used to be a straight a student, now he's a crook
Robbin people just to smoke or shoot up
Used to have a crew cut, now he's a pooh-put
Dropped out of school and he joins the neighborhood gang
Hangin on the streets sellin caine
To his own people
Now when I say people I mean color
You a stupid muthaf...
I'm tryin to stress the fact that you're dumb
Get yourself presentable, son, and just come
Together, you better, cause pretty soon it's gonna be too late
A message from King Tee The Great

[Body & Soul]
Sisters, since we are the mothers of this earth
It's time we start being good mothers from the birth
Of our children, no time for sleepin
Teach em to fight and win for the right reason
It's your time, it's your life, live it
Proud to be black, young and gifted
Lifted by the knowledge and takin the right route
Gang violence needs to be wiped out
A-l-m-i-g-h-ty C and E-z-i-r-e
We see the f-u-t-u-r-e
Should be a positive thang
Body & Soul and you, we're in the same gang

[Def Jef]
One and the same
Everyone came in the same chains
Caught with the same aim
Brain games and names changed
To protect the innocent by-stander
Lies, slander and the master-planner
Destroy the black male
Crack jail and semi-automatic
For static if the crack fails
So since we all talk the same slang
Stop killin, my brother, cause we're all from the same gang

[Michel'le]
Don't you know we've got to put our heads together?
Make the change cause we're all in the same gang

[Tone-Loc]
Now as a youth I used to get my bang on
And on the ave get my part-time slang on
Upon a time for me was no joke though
They knew I was crazy, so they labelled me Loco
Khakis creased, golf hat, feelin sporty
Low ridin and tossin up a forty
Thinkin in my mind that no one could handle us
The downest brothers ever touched Los Angeles
I found life was much more suitable
Cause I'm the brother that makes black so beautiful
I ain't slippin or down with a head trip
I'm talkin to all the Bloods and all the Crips
Throw down your rag and get on the right track, man
It's time to fight, unite and be a black man
Tone-Loc is on a positive change
Cause remember, we're all in the same gang

[Above The Law]
Bein the pimps that we are
We're here to speak on a situation that has gone too far
Here at home in the ghettos of LA
Where a young black brother's not promised to see the next day
Cause we used to clock on the streets before we made beats
But fools just lay and prey on the weak
It don't depend on the color of a rag
Cause if you got what they want you know they gonna take what you have
Cause violence don't only revolve from drugs and thugs
And gangs that bang
Most times it's a political thang
Yeah, a couple of spots'll get popped
And if the government wanted to freeze it it could all get stopped
But they don't because they want it like that
Because the system been set up to hold us back
Yeah, Above The Law means that we can do whatever
So why don't we stick together?
(You got it)

[Ice-T]
Ice-T rippin the microphone the way I do
Listen close, my brothers, cause I'm talkin to you
The problem is we got a suicidal lifestyle
Cause 90 percent of us are livin foul and wild
I say job, you say ([Hen-G:] bad joke
I rather jack another brother, watch the gun smoke)
Livin in the fast lane flippin like you're insane
You won't stop until your blood runs down the street drain
I got an idea, give me a minute
And if it makes sense, then get with it
What if we could take our enemies, feed em poison
Undereducate their girls and boys and
Split em up, make em fight one another
Better yet, make em kill for a color
All my brothers need to know one thing
No matter what you think, we're all in the same gang

[Michel'le]
Don't you know we've got to put our heads together?
Stop the fighting
(Make the change)
Because we're all in the same gang

[Dr. Dre & MC Ren]
Yo, we're not here to preach because we're not ministers
We're tellin like it is cause Ren and Dre is like sinister
Reality speaks for itself when it's spoken
A basehead cluck can't blame nobody for smokin
Yo, bullets flyin, mothers cryin, brothers dyin
Lyin in the streets, that's why we're tryin
To stop it from fallin apart and goin to waste
And keepin a smile off a white face
N.W.A never preachin, just teachin
The knowledge of the streets to each and
All that don't understand, that's why we came
To let you know that we're all in the same gang

[JJ Fad]
The J double, F, the a, the d, that is
And if you want the solution to the quiz
What's black in black, yo, and kills another?
An ignorant sucker that isn't labelled as a brother
But another
So now it's time we evolve
And get together and solve it
Cause the world is revolvin
Around a terrible situation
One will kill another for a reputation
So it's time we stop and realize that we're all the same
Yo Dre, tell em (We're all in the same gang)

[Young MC]
Brothers killin other brothers
I thought the idea was to love one another?
Open up the paper to one more death
If y'all keep this up then there'll be no one left
I try my best to set an example
Sayin hype lyrics over hip-hop samples
Not just a bragger to boast but to inform
Cause we're livin in the calm before the storm
You see, I believe that the children are the future
But what's it all about if in the future they shoot ya?
We're all human beings, if we're cut we'll bleed
And I want to see all young people succeed
Do 9 to 5, not 5 to 10
Just go to work and not the state pen
Cause you live better when you're out there free
And that's comin straight to ya from the Young MC

[Digital Underground]
I'm in a rage
Oh yeah? Yo, why is that g?
Other races, they say we act like rats in a cage
I tried to argue, but check it, every night in the news
We prove them suckers right and I got the blues
America...
Get busy, Humpy
The red, the white, the blue and
The blue and the red
For Clips and Bloods
The white for who's got you doin
Time bustin caps on one another
The Underground's down for peace among brothers
Kill a black man?
What?
Yo, what are you retarded?
Tell em, Hump
Yo, do you work for the Klan?
Do what you like
Unless you like gangbangin
Let's see how many brothers leave us hangin

[Oaktown's 3.4.7.]
The gang that should hang is the one that contains
The sisters and the brothers who are all in the same frame of mind
Now listen, get loose, it's unity time
Yeah, yeah
Peace is a presence that we all need
The future's in our hands, in word and deed
I'm Terrible T and I'm Sweet LD
We're 3.5.7. totally

[MC Hammer]
Kickin on the ave 'bout a quarter to 9
All the homies gettin blind in an eight ball line
Now on this tip they started runnin at the lip
Jumped in their deuce and took a little trip
Hit the block about 12 on the tick
The windows went down and the nines went click
People started yellin, bodies started bailin
Bullets cold flyin sendin some to hell and
It's gotta stop, we don't need all the violence
Peace in the hood and a moment of silence
We got together not for ego or fame
We got involved cause we're all in the same gang

[Eazy-E]
Last but not least, yo, Eazy's no sell-out
And if you can't hang in the streets, then get the hell out
I'm not tryin to tell ya what to do
You have your own freedom of choice who to listen to
You knew good from bad, fair from foul, right from wrong
Now your mother's singing that sad song
(My baby ain't never hurt nobody!)
But he still got smoked at Bébé's party
But you're not the first or the last
You're nothin but a short story from the past
You're dead now, not number one but a zero
Take notes from Eazy-E, the violent hero