Lyrics to Wake Up New York 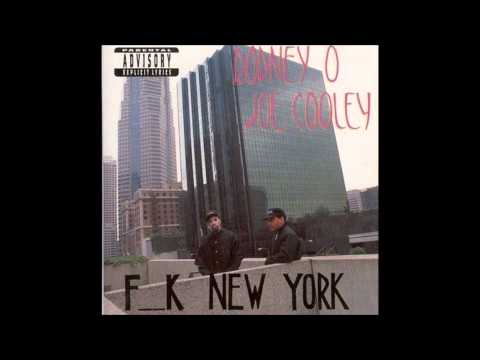 In this business you are left unknown till you have a hit
Now I'm gonna show you just who is counterfeit
So you don't like me, but tell me the reason
Is it cause it's New York-dissin-L.A. season?
Yeah, I think I hit the nail on the head
If you had it your way, L.A. rap would be dead
But it's not like that, we got the suckers bumpin
Wear the wrong color, get broke off somethin
If I wore red or blue, I might be dodgin slugs
So I'm wearin neutral colors from the Crips and Bloods
Who said it never rains in Cali, take back the statement
Don't you hear the shells fallin on to the pavement?
Run for your life! I'm tryin not to get hit
But livin in L.A. anyone is a target
I'm the one who's down when we call for peace
But tell the one who's saggin with his khakis creased
Yeah

They know they don't like us and they keep on denyin it
I don't give a care, cause other folks are buyin it
Will I ever change and start followin Farrakhan?
That's just like askin me if I woulda fought in Vietnam
Yeah
And this is the Sound of L.A.
Wake up, New York

New York talked about our jherri curls and weather
One thing I admit is: y'all stick together
Some of y'all is cool, but most of ya ain't
You walk around town like your shit don't stink
Well, the day is finally here you're gettin dissed, New York
Me and Joe celebratin, poppin off the cork
If I'm goin out, I'm goin out with a bang
Side by side with my boys, not a gang
Yeah

Wake up, New York
It's time to listen to L.A.
But you don't hear me though
Rodney O & Joe Cooley most definitely in the house
Ooh-wee

We're doin way too much