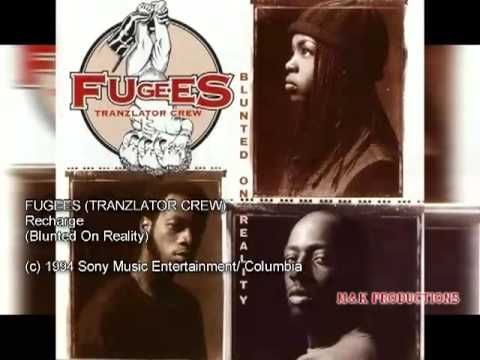 Chorus You got the vocab I got the vocab You got the vocab You know I got the vocab You got the vocab I got the vocab Hey, yo pass the mic so I can tell 'em I got the gift o' gab Monkey see, monkey what? Monkey, monkey be yourself. (x3) Hey yo catch me when I'm sober, but now I drink for the belt. So pass the root straight to the right hand side. Make no mistake that the buzz is a natural high. I said it's big emergency mind your busy body He hit me. I broke his nose. The referee's Mr Fuji. So hey to the blue jay, mocking bird don't mock. The last bird who mocked he got caught in my roughneck chicken pot. So Mr Rooster give me a crookedy croo at 6am He looked at me a laughin' said my music would make F.M. Station. You're Haitian. You'll never get nowhere. But I sweared on my grandmother grave we'd be here. So now when I back track I back track far enough to make a nigga run and leave his tongue back. You think I'm cool I think you're cruel so here's a shell cap. On your gluteus maximus and leave ya handicapped. Ratatatat. Chorus Hoboes above leave the boat for the Pope (?) (x3) Boat people here we go Hi De Hi De Hi De Ho Yeah Some quest for the truth, some bust a loop. And search for some knowledge that come runnin' in the woods. And if I should a choose to be one Then I will be a ???? hoodin' with books and look to kill. My proof is in my puddin' If I chill in the hood would you be say that I'm hoodin'? Now. Let me exercise a new style that will brutalise MCs into a warpath genocide. Nobody move, nobody get hurt. It's a homocide So jump jump punks ready to get stuck. Evil Kenevil was my man, someone for the stunts. I'm mostly fillies, I'm just straight up front, ha. Meat ya tryin' to light up you get blast like nitrogen. Runnin' for mercy, runnin' for oxygen. Bad L.A. meat you're better off comittin' suicide. I shoot the lip so high I strip you of your carbon dioxide Rock-a-bye the lullaby he be singin' 'Oh my'. Boof Baff another son a go die. What's the matter with the black man? (Black man) (x2) Now a statistic. So dreams of her become realistic. Poor bastard gets mystic I don't believe you checked the psychic Emancipate your mind. Don't set the limit. Reach the summit. Free your spirit 'cause your blunted From the lyrics I just stuttered. 'Live off the streets' says the brother with the machete. 'Live off the lady' says the brother with the glock in patrol. I live logically, no weak slave to poverty. You see it's very easy to slip between the asphalt sheet. Brothers from my way they used to get mad plays. Till they caught us bustin' doughnuts 'til the break of day. Brother, my brother, you played me undercover. She wouldn't be your lover so now you tried to dis her For sister. You missed her but ask yourself a question. Can I make a suggestion? I need a true confession. Is she skivs 'cause the skin that she's in makes you sin? Does you hit her just to get her integrate another sister? Mister. I asked him for a hanky. He asked if he could spank me. So why'd you disrespect me, sir? Were you thinking I'm misguided or were you tryin to hide it That you had no father figure. Which? Check out your wackness. It won't distrust my blackness. I wonder for a smack, but don't think that it would help this. What's the matter with the black man (Black man) All original gunman dem original good (Bahahahahahahaha) (x2) Come jackin' it up an' I bad an' me fell in ma booby trap With a rappin' up for the eight track play back laid back sit back An I'll ???? an me runnin' ???? as a matter a fact 'Cause I trappin' a back like a cool six pack now bring it back. Woah! United we stand, divided we crumble. What's the flavour? More Babylon, more Babylon, more Babylon fall (x2) These days every man want to be a god. Lay down the gun every man on the floor. But the real gunman him not play Hollywood role. Because he pull out his gun and send another boy down. Watch us bleed. Another gunman go bleed. Watch us bleed. If I used up all my dust I got ???? Watch us bleed. Me up an' comin' ready. Watch us bleed. Watch us for original Tranzlator Crew. Oh, er, every time we come, we come correct, see. We out.