Lyrics to Violence is Violence 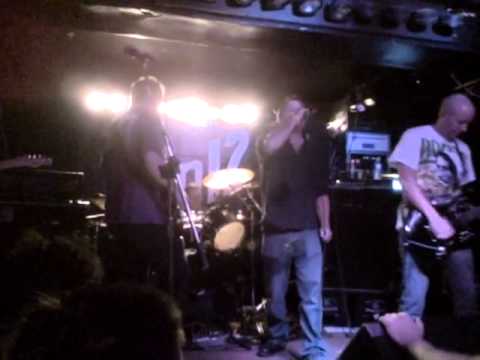 Shock issue! It's in the Mirror or the Sun
A disturbing new report on violent Britain.
Centerfolds of the papers, covered with the victims battered and beat,
Could you really believe this is happening on a British street?

A few weeks later Britain has a new crisis on its hands,
Seems an aggressive force has invaded the Falklands
Now the paper headlines seem to read a different story
The once deplored violence has now become glory.

Yesterdays once condemned mindless fucking hooligan,
Could become the heroic soldier of tomorrow,
With his new uniform, now displaying honour and title
Ignores the youth once seen with disgrace and sorrow.

The massacre is now legal for the future of the state,
The media praise lost limbs, ugly vengence and hate.
Reaping these morals, mastering our thoughtless actions
Twisting the bare truth like a desultory faction.

Gunfodder used to nourish their lust for a battle with their boys,
Blind to their tears of fright within their little decoys,
Patriotism restricting, live within our own creed
Reapers of suffering, the human nature pleads.

But the whole fucking affair seems the same to me,
One minute they're deploring it,
The next minute they're adoring it,
But violence is violence, no matter who inflicts it
Whether used in a street fight or a war caused by politics.

If we fight the visions that they multiply and breed,
No man would take his brothers life, no general would lead,
And no hearts would bleed.