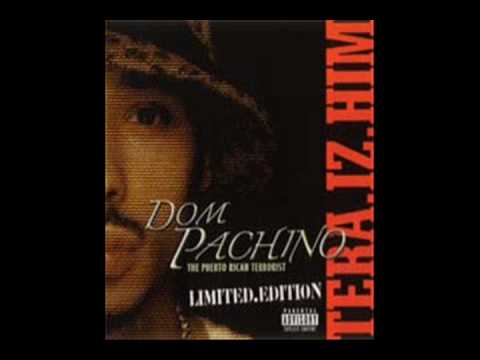 [P.R. Terrorist]
Aiyo, it's hard not to rap, even harder not to squeeze my gat
To put my whole team on the map, avoid the rats
And blew steady try'nna booby trap my crew, fuck you, before you fuck me
Too busy try'nna duck me, you get away, you're lucky
Return like the Bride of Chucky, ya'll niggas ain't dogs, you puppies
Muts, crossbreeds seeds like two-tone jeans, my dick lean more to the right
Wild for the night, wild out of spite, wild that I'm hype
Raise the whole tribe the same blood type, two pulls from my peace pipe
Now I'm aight, just leave me alone, go home
Real fast, that was almost your ass
Serious like a triple bypass, to your heart
Terrorist, rip 'em apart, what a work of art
At least he mold magnifique, like Mona Lisa's physique
When I creep, you heard silence, cuz I put 'em to sleep, sleep...

[Chorus x2: P.R. Terrorist]
The day the terror came in, he left no one man standing
He took 'em all and vanished...

[P.R. Terrorist]
When I come in, I leave no man standing
Only five percent understanding, coherent
No more interfering wit my functions, sever your head like a Dutchman
Touch men, very often, shieldin' a coffin
Pack power like a Mighty Morphin', call me the torchman
On fire, stay late like a trick candle in your cake
Snakes I break, that show up at their wake wearin' white
Disrespect, damn right, how's that?
Don't even try wavin' your gat, blow off your wig
Like it's part of your hat, and that's that
When I come in, I spin like a whirlwind, you see shit
Hallucinate, before you get split, you fuck wit the wrong one
I declare war, fuck a gun, use my mind, body and soul, to put you in the hole
Under the Earth, where it's real cold, and the worms stroll, stroll...

[P.R. Terrorist]
One in the nostril, hostile, rollin' wit my apostle
Colossal, guns for my sons, bigger than Cascol
You froze when you seen the nozzle, just like an ice pop
I blessed you when I the shot popped, and your heart stop
The clock stopped ticking, the blood thicken on the pavement
They got 'em jawed, live by the sword and the mic cord
Die from stupidity, in this hell of a city
Where crimes get committed on the daily
I'm really satisfied, holdin' heat to my demise
Be sure to keep an eye wide open, when I come in
Feds be scopin', hopin' that I fall off
But I'm wonderful like Paul Orndorff, I zone off then zone back
Terrorist, I hijack, throwin' danger out the track
Puttin' Killarmy on the map when I come in, come in...

[Outro: P.R. Terrorist]
When I come in, knowhatimean?
When I come in, ya niggas vanish
Come back speakin' Spanish, word up
Enter my zone, where the Terrorist roam
Gettin' fucked up in the game, son
Word up, Killarmy, Dom Pachino, The Puerto Rican Terrorist
The arch nemesis, the best of it