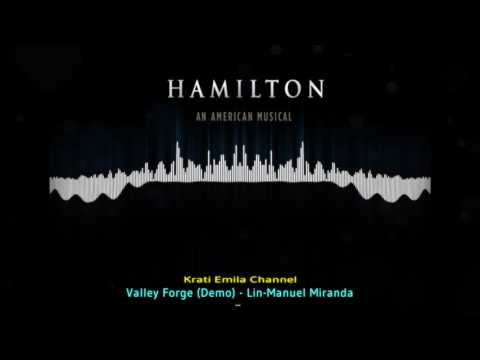 "These are the times that try men's souls. The summer soldier and the sunshine patriot will, in this crisis, shrink from the service of their country; but he that stands by it now, deserves the love and thanks of man and woman. Tyranny, like hell, is not easily conquered; yet we have this consolation with us, that the harder the conflict, the more glorious the triumph."

I am seeing the best minds of my generation
Waste away in pestilence and starvation
Is this all a test or have we met our doom?
Have we set a camp of parameters for our tomb?

They say, saddle up! Attack the British forces!
I shoot back, we have resorted to eating our horses
Local merchants deny us equipment, assistance
They only take British money, so sing a song of sixpence

Sixty tents full of dysentery, death
Dying breaths and dilettantes and deserters in the distance
Congress, I beg of you, justify your existence
Are you men or just a bunch of indigenous infants?
Unite these states, give them stakes in our resistance
Do you have no influence at all, you fucking skinflints?

Hamilton, tone it down

Alex, listen. There's only one way for us to win this
Provoke outrage, outright
Don't engage, strike by night
Remain relentless til their troops take flight
Make it impossible to justify the cost of the fight