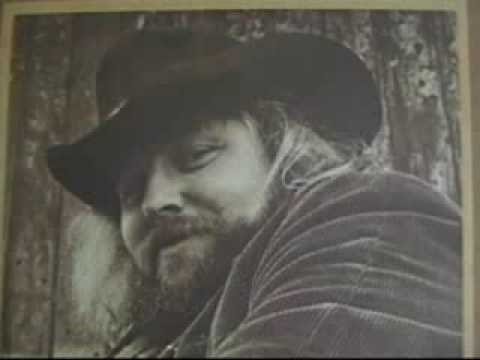 I was takin' a trip out to LA
Toolin' along in my Chevrolet
Tokin' on a number and diggin' on the radio...
Just as I crossed the Mississippi line
I heard that highway start to whine
And I knew that left rear tire was about to go

Well, the spare was flat and I got uptight
'Cause there wasn't a fillin' station in sight
So I just limped on down the shoulder on the rim
I went as far as I could and when I stopped the car
It was right in front of this little bar
Kind of redneck lookin' joint, called the Dew Drop Inn

Well, I stuffed my hair up under my hat
And told the bartender that I had a flat
And would he be kind enough to give me change for a one
There was one thing I was sure proud to see
There wasn't a soul in the place, 'cept for him and me
And he just looked disgusted and pointed toward the telephone

I just ordered up a beer and sat down at the bar
When some guy walked in and said; 'Who owns this car?
With the peace sign, the mag wheels and four on the floor?'
Well, he looked at me and I damn near died
And I decided that I'd just wait outside
So I layed a dollar on the bar and headed for the door

Just when I thought I'd get outta there with my skin
These five big dudes come strollin' in
With this one old drunk chick and some fella with green teeth
And I was almost to the door when the biggest one said:
'You tip your hat to this lady, son'
And when I did all that hair fell out from underneath

Now the last thing I wanted was to get into a fight
In Jackson, Mississippi on a Saturday night
'Specially when there was three of them and only one of me
They all started laughin' and I felt kinda sick
And I knew I'd better think of somethin' pretty quick
So I just reached out and kicked old green-teeth right in the knee

He let out a yell that'd curl your hair
But before he could move, I grabbed me a chair
And said: 'Watch him folks, 'cause he's a thoroughly dangerous man
Well, you may not know it, but this man's a spy
He's an undercover agent for the FBI
And he's been sent down here to infiltrate the Ku Klux Klan'

He was still bent over, holdin' on to his knee
But everyone else was lookin' and listenin' to me
And I layed it on thicker and heavier as I went
I said: 'Would you believe this man has gone as far
As tearin' Wallace stickers off the bumpers of cars
And he voted for George McGovern for President'

'He's a friend of them long-haired, hippie type, pinko fags
I betcha he's even got a Commie flag
Tacked up on the wall, inside of his garage
He's a snake in the grass, I tell ya guys
He may look dumb, but that's just a disguise
He's a mastermind in the ways of espionage'

They all started lookin' real suspicious at him
And he jumped up an' said: 'Now, just wait a minute, Jim
You know he's lyin' I've been livin' here all of my life
I'm a faithful follower of Brother John Birch
And I belong to the Antioch Baptist Church
And I ain't even got a garage, you can call home and ask my wife'

Then he started sayin' somethin' 'bout the way I was dressed
But I didn't wait around to hear the rest
I was too busy movin' and hopin' I didn't run outta luck
And when I hit the ground, I was makin' tracks
And they were just takin' my car down off the jacks
So I threw the man a twenty an' jumped in an' fired that mother up

Well, they're headin' for their car, but I hit the gas
And spun around and headed them off at the pass
I was slingin' gravel and puttin' a ton of dust in the air
Ha Ha, well, I had 'em all out there steppin' and fetchin'
Like their heads were on fire and their asses was catchin'
But I figured I oughta go ahead an split before the cops got there

When I hit the road I was really wheelin'
Had gravel flyin' and rubber squealin'
And I didn't slow down 'til I was almost to Arkansas
Well, I think I'm gonna re-route my trip
I wonder if anybody'd think I'd flipped
If I went to LA...via Omaha