Underwear Goes Inside The Pants Lyrics

Lyrics to Underwear Goes Inside The Pants

Underwear Goes Inside The Pants Video: 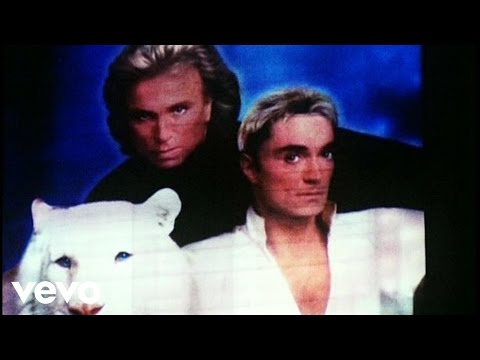 Why is marijuana not legal? Why is marijuana not legal?
It's a natural plant that grows in the dirt.
You know what's not natural?
80 year old dudes with hard-ons. That's not natural.
But we got pills for that.
We're dedicating all our medical resources into keeping the old guys erect,
but we're putting people in jail for smoking something that grows in the dirt

You know we have more prescription drugs now.
Every commercial on TV is a prescription drug ad.
I can't watch TV for four minutes without thinking I have five serious diseases.
Like: ?Do you ever wake up tired in the mornings??
Oh my god I have this, write this down. Whatever it is, I have this.
Half the time I don't even know what the commercial is...
There are people running in fields or flying kites or swimming in the ocean.
That is the greatest disease ever. How did you get that?
That disease comes with a hot chick and a puppy.

Mastermind is another word that comes up all the time.
You keep hearing about these terrorist masterminds that are being killed over in the middle east.
Terrorists masterminds.
Masterminds sort of a lofty way to describe what these people do, don't you think?
They're not masterminds.
?Okay, you take bomb right and you put in backpack. And you get on bus and you blow yourself up.?
?Why do I have to blow myself up? Why don't I put...?
?Who's the fucking mastermind here? Me or you??

Americans, let's face it: We've been a spoiled country for a long time.
Do you know what the number one health risk in America is?
Obesity, obesity
They say we're in the middle of an obesity epidemic.
An epidemic like its polio.
Like we'll be telling our grand kids about it one day.
The Great Obesity Epidemic of 2004.
?How'd you get through it grandpa??
?Oh, it was horrible Johnny, but there was cheesecake and pork chops everywhere.?

Nobody knows why we're getting fatter? Look at our lifestyles.
I'll sit at a drive through.
I'll sit there behind fifteen other cars instead of getting up and making the eight foot walk over to the totally empty counter.
Everything is mega meal, supersize. TYou want biggy fries with that, you want a jumbo fry, you wanna go large.
You wanna biggie fry,
You want thirty burgers for a nickel you fat mother fucker. There's room in the bag. Take it!
You want a 55 gallon drum coke with that? It's only three more cents.

CHORUS:
If you sing, sing, sing
Sing your song,
sing for me,come on sing

Sing sing sing, sing your song,
sing for me

Sometimes you got to suffer a little in your youth to motivate you to succeed later in life.
Do you think if Bill Gates got laid in high school, do you think there'd be a Microsoft?
Of course not.
You gotta spend a lot of time stuffin your own locker with your underwear wedged up your arse before you think I'm gona take over the world with computers! You'll see I'll show them.?

We're in one of the richest countries in the world,
And the minimum wage is lower now than it was thirty five years ago.
There are homeless people everywhere.
This homeless guy asked me for some money the other day.
And I was gonna give it to him but then I thought you're just gonna use it on drugs or alcohol.
And then I thought, that's what I'm gonna use it on.
Why am I judging this poor bastard.
People love to judge homeless guys. Like, your giving him money
He's just gonna waste it.
He's just gonna waste the money
Well, he lives in a box, what do you want him to do? Save up and buy a wall unit?
Take a little run to the store for a throw rug and a CD rack? He's homeless.
I walked behind this guy the other day.
A homeless guy asked him for money.
He looked right at the homeless guy and goes why don't you go and get a job you bum.
People always say that to homeless guys, get a job like it's that easy.
This guy was wearing his underwear outside his pants.
Outside his pants. I'm guessing his resume isn't all up to date.
I'm predicting some problems during the interview process.
I'm pretty sure even McDonalds has a ?underwear goes inside the pants? policy.
Not that they enforce it very strictly, but technically I'm sure it's on the books.

CHORUS:
If you sing, sing, sing
Sing your song,
sing for me,come on sing

Sing sing sing
Sing your song,
sing for me