Tragedy At The Railway Station Lyrics

Lyrics to Tragedy At The Railway Station

Tragedy At The Railway Station Video: 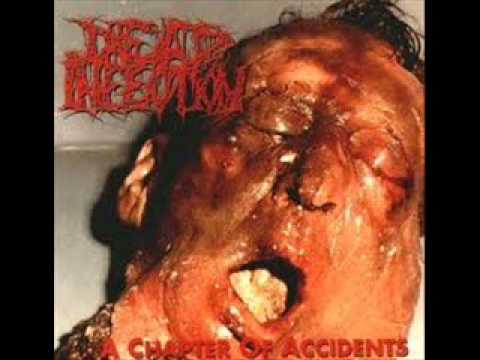 A ordinary railway-station. Platforms, tracks, people with their luggage. A
train arrives. It's 30 minutes late. But passengers have finally seen it
coming up. Compartments fill up quickly. After 10 minutes there are no free
seats left. Some people have to stand in the corridor. After a while the train
leaves. It moves faster and faster. All the same time a 47-years-old-woman
runs along a platform. She's a bit late, but tries to open the wagon's door
and get in. After 2 seconds the woman trips against her big bag and gets under
the train. Its wheels cut her legs up to her tighs. the woman screams, but the
wheels crush her cranium and chest. Now comes the silence broken only by the
engine's blast.