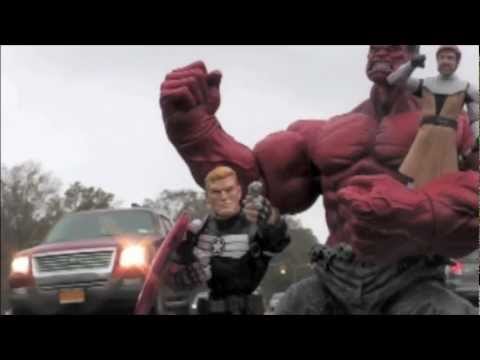 [Verse: El-P]
To the mother of my enemy, I just killed your son
He died with his face to the sky and it can not be undone

He didn't die hard, in the end he just grinned and bowed
Made him dig his own grave at the point of a gun
While he laughed to the gods out loud
And it made me want to jump out a window
And it made me want to scream
Tear my face off run through the streets
Pandemonium me, f*cked by decree
Came a long way from young and alive when I was not blind
Now I can not see
Grace in reverse at best it gets worse and I wanted you to know
Since then I don't sleep
And the uniform, tags, side arm and ID that I wore
When I did it got send C.O.D
To the HQ, note reading "this is not me
And I hate you for making me make a man bleed"
And before the man passed and his last gasp fled
(And this is why I'm writing you now) his eyes gleamed
And he pointed to the part of his chest that still beats
Looked dead in my grill and then said this to me

[Interlude: Killer Mike]
I'll slap a motherf*cker so hard his mama probably said baby you okay
I just got a straight pain inside of my face, you understand me?
Your dad should be ashamed of raising you suckers man, real sh*t man
Your dad should've left home like millions of other dads did
By staying at home, man, he only made you a tougher, colder pussy

[Verse: El-P]
I'm the f*cking Catalina wine mixer
Blitzer, wolf in a shearling wording sh*t twisted
It's a lovely day to go Blitzkrieg, isn't it?
Listen if suicide pacts are your bag try dissin' him
The blocked number, no star 69
Call, breathe heavy at your little sis, rock system
Come with the loud talk, limp back whispering
That motherf*cker's no victim

[Verse: Killer Mike]
The return of the other
Insane psycho sick savage raw rap rhyme motherf*cker
With a big black belly
If I get to shaking like jelly and the gun
Don't jam, you're a dead motherf*cker!
N*ggas say sweet like smuckers
Peanut butter pack the motherf*ckers
I'm ashamed for your mothers
Pause, calm
How I know your momma? Bad mother-f*cker?
Double entendre?

[Verse: Despot]
Motherf*ckers don't know sh*t
Not the half of the math or the sum of the quotient
Get your cameras and focus to capture the moment
I slap you for poking your nose in
Globe gripped so tight that it's choking
He got the whole world in his hands, hold this!
Pose in a winning stance, don't get close
Watch me with the telescope you watched the throne with

[Verse: El-P]
Trapped in another bad circuit, twirk it
Splash in another man's snatch, get murdered
Paths get burnt and cut right through sermons
I laugh at the priest getting deep in the service
Last guy to the big guy in the sky
Is a rotten egg or potato au gratin
Head get him down, take a piss in his coffin
Better off dead than let him keep talking

[Verse: Killer Mike]
You better off walking than talking
Bullets get to sparking, leave you in chalk or a coffin
Lord have mercy on the family and they losses
I paid for the roses to cover the coffin
I move like Bulger, the boss up in Boston
Caught him in a bottle house buying Mr. Boston
Hit him with a bullet from a .38 snub
Put the plug in his skull, hit the switch lights, offed him

[Verse: Despot]
What's that on your shirt? Made you look
Get jacked for your work, get juxed for the gold
'Oldest trick in the book like grandma's hand on her cunt playboy centerfold
Hold his d*ck like it shook on the block while he look at the cops and they drive past slow
Keep the heater on ice, let it go, he was told that revenge was best served cold

[Killer Mike]
You ain't with this sh*t we with
Bars of death and destruction
What do I hear from you? Nothin'. Silence
You ain't ready for this sh*t. You don't want this sh*t
It's a prizefight. It's a prizefight
And one opponent ain't showin' up
Sucka
Sucka