To Be Young Lyrics

Lyrics to To Be Young

To Be Young Video: 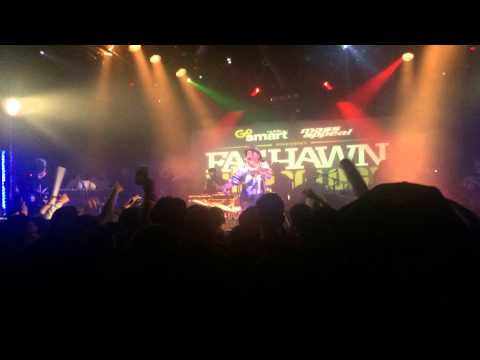 [Verse 1: Fashawn]
Follow me as I creep through the night on a GT bike
This whirlwind that I call my life
Peep the crime, the drugs, the dimes, the dubs
Round 1999, when it was me Tyrique, Jamar, Malik
Young juveniles runnin' through the halls with heat
Before we developed a love for larceny
Parents on ice so we all starve for weeks
So one night Malik got his hand on a gun
All you heard was "Blam Blam" when it sung
Caught a body where the news cameras won't come
Still chewing candy, dammit we was young
And I can still smell the stench of the
Body bag by the project bench
Tyrique and Malik, I ain't seen 'em since
Jamar, too fat, couldn't hop over the fence, my nigga

[Verse 2: Fashawn]
Awaken by the daylight once the night was lost
Woke up the next morning and my bike was gone
Wasn't long 'til I got another
Courtesy of the upper, East side hanging with kids like Jamar
Might sleep on the couch let her ice the [?]
Favorite TV show, Miami Vice was on
Nigga in the kitchen that look just like Lebron
That I never seen in my life, calling my mama wife
But, he ain't play for the league he slung white
Tattoos in, bullet wounds was a type
A felony, battery, a few strikes
Thought when I grew up that's what I'd be like
Nah, give 'em [?] and he out cold
Everyday thing in my household
I'm starving and my Nikes is scuffed
Life is so short it shouldn't be so rough

[Verse 3: Fashawn]
Ayo journey through my adolescent hood
Thing named Neesha woulda hit it if I could
Gave me head dope like a real lady should
Before the skateboard had a shorty on wood
Had a body that was wet, too old for her brain
Wondering why her clothes just don't fit the same
Got appointed by a pimp named Snow Cap
White boy, skinny frame but his dough fat
He had the cars, the fame, the clothes, the broads
The name, the jewels, the chain, the charm
Whatever represented success
The Bentley, the Lex, he would be in it next
Found out he got niggas paying Neesha for sex
Guess I was vexed cause I ain't hit it yet
One night came up short, it was time to collect
Next morning found her body in the back of the Jects