Lyrics to Time's Up 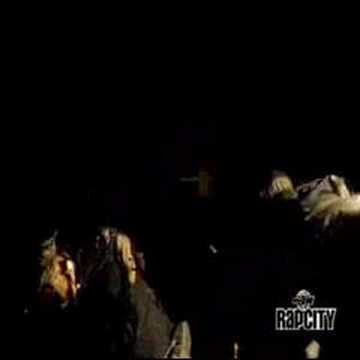 You lack the minerals and vitamins, irons and the niacin
Fuck who that I offend, rappers sit back I'm bout to begin
bout foul talk you sqwak, never even walked the walk

More less destined to get tested, never been arrested
My album will manifest many things that I saw did or heard about
or told first hand, never word of mouth
What's in the future for the fusion in the changer?
Rappers are in danger, who will use wits to be a remainder
When the missile is aimed, to blow you out of the frame
Some will keep their limbs and, some will be maimed
The same suckers with the gab about, killer instincts
but turned bitch and knowin damn well they lack
In this division the conniseur, crackin your head with a 4 by 4
Realize sucka, I be the comin like Noah
Always sendin you down, perpetratin facadin what you consider
a image, to me this is, just a scrimmage
I'm feel I'm stone, not cause I bop or wear my cap cocked
The more emotion I put into it, the harder I rock
Those who pose lyrical but really ain't true I feel

Speakin in tongues, about what you did but you never done it
Admit you bit it cause the next man gained platinum behind it
I find it ironic, so I researched and analyzed
Most write about stuff they fantasized
I'm fed up with the bull, on this focus of weed and clips
and glocks gettin cocked, and wax not bein flipped
It's the same old same old just strain it from the anal
The contact, is not com-pexed or vexed
So why you puhsin it? Why you lyin for? I know where you live
I know your folks, you was a sucka as a kid
Your persona's drama, that you acquired in high school in actin class
Your whole aura is plexi-glass
What's-her-face told me you shot this kid last week in the park
That's a lie, you was in church with your moms
See I know yo, slow your roll, give a good to go
Guys be lackin in this thing called rappin just for dough
Of course we gotta pay rent, so money connects, but uhh
I'd rather be broke and have a whole lot of respect
It's the principal of it, I get a rush when I bust
some dope lines oral, that maybe somebody'll quote
That's what I consider real, in this field of music
Instead of puttin brain cells to work they abuse it
Non-conceptual, non-exceptional
Everybody's either crime-related or sexual
I'm here to make a difference, besides all the riffin
The traps are not stickin, rappers stop flippin
For those who pose lyrical but really ain't true I feel