Lyrics to Time Is Money 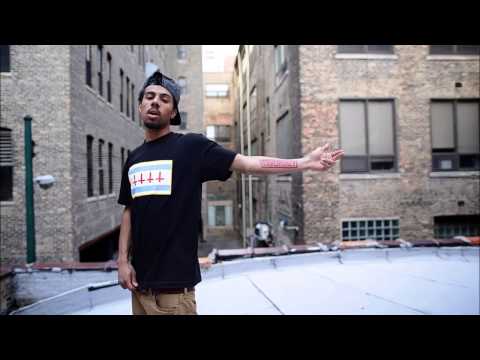 [Verse 1: Vic Mensa]
I was losin' it, lost in the dark, but I found my lighthouse
I like when it rains in the spring
Light a J better seen with the lights, oh
(Dolo) Speakers in the Mac back like Rose like Mike, no
I know in the end niggas left, but I guess it's all alright, no
I mean, I know all them, their armors in that science ain't it
Prolly the reason my people's pupils so dilated
If you gon' die, might as well die young
Tryin' to be optimistic with the politicians
Cut schools, buy guns, but when the shots is lickin' at the ones that'll lose they son
Instead they send 'em to private schools and pull back on public funds
While functioning as if they could begin to fathom where the fuck we comin' from
Sometimes I hold my tongue, talkin' feels useless
I used to point in circles for wasted years lost in excuses
Time is money, every second I spent in high-school clockin'
Should've been on the road fuckin' with hoes, fallin' through holes in my pockets
But everything happens for a reason
If you choose to look at it that way
And put truth into the things you do
And really believe what you say
They say the darkest night comes before the brightest morning
I like to think I'd ask the right things if God was right before me
Like, why you let babies get shot while babies is killin'?
All because the system that raised me from grade school made me the villain
Barely out of my momma's crib
Can't even tie my own laces
Just moved into a brand new place
But somehow I still miss my basement
I guess the thing about lookin' back is you can't change leavin'
And I guess the thing about judgin' the past is that it just ain't even

[Verse 2: Vic Mensa]
Save money, hope the money you save could save you
Silk my sheets set in sace my sugar for my table
Too easy readin' people, tweetin', tweakin' like they hate you
But what's even easier is callin' your mom just to say thank you
Could've been the one that never dropped
Could've been the one that got shot
Could've never seen what it means to be mean
Be trapped in a box
Strapped in a box Chevy with lil' Eddie back home on the block
Blockin' the sunlight
It's like a solar eclipse in my city in the middle of a gunfight
Straight shots hit kids in the dark
That's the way it is like Walter Cronkite
Drunk off of the thrill, I feel like shootin' back in the distance
Prolly bounce off of a light pole and kill a fuckin' kid in the kitchen
Kissin' the past goodbye
Buyin' a stairway to heaven cause in time we all have to die
I just know when my time comes I'mma have made mine

[Verse 3: Rockie Fresh]
Yeah, Sir Rockie I'm smoked out, but I'm grindin'
I'm never weed windin', but reclinin' while remindin'
You I'mma keep my foot on these pun niggas neck
Stay on the road like some wheels and a board and a deck
Young nigga wildin', gotta give respect
Rollie on my arm, I'm the one they elect
I got that fire flow, I'm the one they detect
Gotta get the check, these niggas wanna say, "Turn up"
But then they turn up and then they earn what?
Nothin', they frontin'
Here we go, we're the topic of discussion
Fresh nigga, but the flow is disgustin'
And the money come fast cause I run with the nigga that made
Every day we hustlin'
It's like we came with the master plan
Not just talk, but the cash in hand
Make a animorph into no-mans-land
We could make 100 grand just like no man can
But every time I sit and watch the weekend news
See how many people in the weekend lose
It give the boy the blues, fuck all these clothes and shoes
Motivation what they could use and I got it