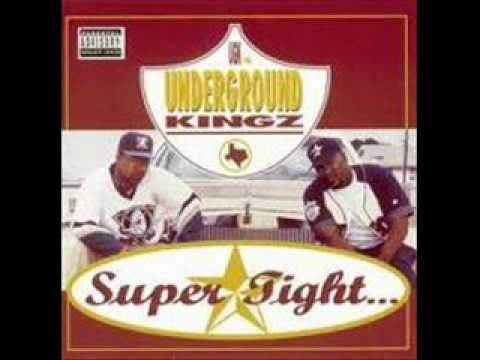 [Bun B]
Whassup, muthafucka? Yeah it's the funk droppa, the punk stoppa
The trunk poppa ready to break y'all off somethin proper
You know I'm a villain, so why try?
Fuck a glock, I'm throwin a glock party, darin niggas to drive by
I came to smoke a son of a bitch that went for his but didn't pull it
Fast enough and got blasted up with a bullet
I'm snipin, I got you in my scope so what's the use of tryin to bail?
I'm ready to catch a case but not for yayo, for a murder, mayne
187 ways to rip ya spine out anytime you wanna test
Say you never heard of pain? Wait till I pull my nine out
And empty out a clip in yo chest cavity
Haven't we been known for takin it
To the sucka muthafuckas that was fakin it
Makin it known I gots my chrome in my ride
And I'm fried, P.A. worldwide from the west side, fool!
Yeeeah, I'm serious! And this is one of three sixteens!
Yeeeah, ya bastards! I'm serious, this is only one of three sixteens!
Straight up, I'm serious! That was only one of three sixteens!

[DJ DMD]
Now check this shit out, haha ...
It's DJ DMD, back with that funk flowin laaazy
Kinda craaazy, never letting niggas fade me
I'm a little fast on the trigga
Niggas I get my blast on nightly, you don't wanna fight me
Take yo ass on down the block, I keeps my shit cocked
So knock on wood cuz shit could get hot
On this spot, some niggas catchin lead shots
Cuz ain't no wipin off these red dots
Now try me if ya think I won't bust
Shots to ya dome will leave ya ass in the dust, nigga
Cuz ain't nobody droppin bigger hits
I'm makin tracks upon track upon tracks to make these niggas shit
And I'm down with some fa sho niggas
So tell me how you gon diss me with a clique full of ho niggas?
You keep yo ass in yo muthafuckin set
Or take a slug in ya muthafuckin chest, Reggie, mark ass nigga
Ya punk bitch!

[Pimp C]
Some muthafuckas think they can go with me
But most of them niggas just some hoes to me
I got a lotta niggas that's down with me
But too many niggas like to clown with me
They act like they know me but they really don't
They ask me to come kick it, but they know I won't
I see they ass in PA, they don't know me, uh
I see they ass in Houston, I'm they homie
But, nigga how it feel to be a ho?
Gettin yo ass kicked at every muthafuckin show
Tryin to be a gangsta, but nigga yous a fool
And tryin to kick it with me, like me and y'all cool
But nigga let's see if you can with that chrome
I shoulda popped yo ass when you rolled into my home
But bitch niggas steal, and G niggas mack
And busta ass niggas gettin bullets in they back
And that's a muthafuckin fact!