There's Been A Murder Lyrics

Lyrics to There's Been A Murder

There's Been A Murder Video: 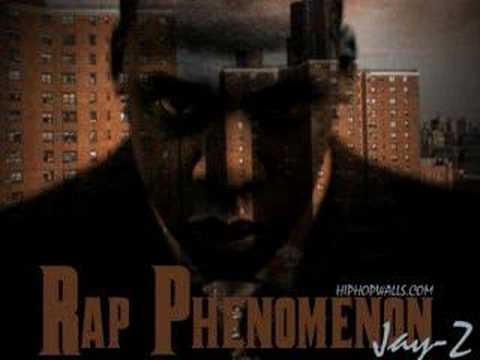 [Jay-Z]
I hustle from, night to morning, dawn to dusk
Kidnap and robberies like, (c'mon nigga) "You goin with us"
I held roundtable meetings so we could go on and discuss
not only money but all the emotions goin through us
Why we don't cry when niggaz die, that's how the street raised him
Look in the air, say a prayer (hail mary) hopin God forgave him
Cop liquor, twist it, tap it twice, pour it to the pavement
We live dangerous, often findin ourself in the eyes of strangers
(Who the fuck is you?) My dream is big and in it my team is rich
as seen through the eyes of a nigga who ain't seen shit
Back to live action, I'm packin, I'm still in the mix
like new hits, I think I'm goin over your head a lil' bit
But I let you know I changed names when I roam through town
Stay free and be who I'm professional known as now
Jay-motherfuckin-Z; and with that said
back to Shawn Carter the hustler, Jay-Z is dead, and uhh

[Jay-Z]
My infatuation with autos led to autos gettin sprayed
Houses gettin broken in, quarters gettin trayed
Bricks gettin chopped, mom's pots gettin used
One thrown in that water, try the soda if there's two (bring it back)
Expensive shoes worn, Louis Vuitton seats, roof gone
Coke cheap, my face is like a coupon
I gotta do Shawn, cause even when Jay-Z was lukewarm
I was gettin my loot on, nigga I'm too strong
Eat til the food's gone, they placed me on this earth
The twin brother of Rich Porter, seperated at birth
I got the soul of a hustler, quiet noise like a muffler
Fuck with us, walk through the ghetto, see the place that corrupted us
Learn why we buck at the guys that come up with us
Ain't enough bucks for us to split in this shit
Plus ain't nobody lovin us; and with that said
back to Shawn Carter the hustler, Jay-Z is dead, and uhh

[Jay-Z]
See my life is like a see-saw
And until I move this weight it's gon' keep me to the floor
Travel with me through my deep thoughts
Y'all can't learn Jigga by the shit y'all be readin in The Source;
It's deeper of course
Follow the life of this reckless minor
At sixteen in the 600, unlicensed driver
Playin, cops and robbers, like shots can't stop us
Flippin a bird to the choppers (fuck you coppers)
Buck-thirty on the turns
Reckless abandon, when I'm standin on this pedal
Hand on my metal, minus all this time they tryin to give me
Lord help me, all I ever wanted to be was wealthy or
somebody to tell me that they felt me
I tried to play the hand you dealt me
but you gave me five funnies an' shit
I was hungry I need menage money
Nothin less than a 520; and with that said
back to Shawn Carter the hustler, Jay-Z is *BLAM*

{Think there's been a murder-errra-ahhh-hahh-ahhh}