The United Stage Of America Lyrics

Lyrics to The United Stage Of America

The United Stage Of America Video: 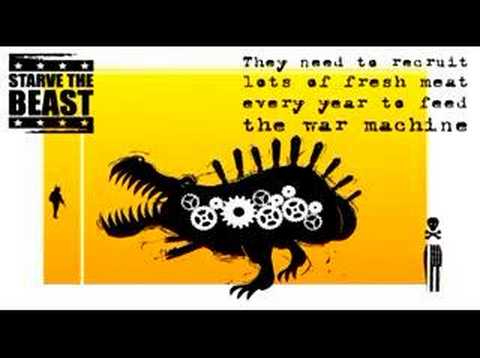 [Verse 1]
I speak to a chosen few who oppose a view
Held by common man, my proposal grew

Out of independent thought seeds
Planting righteous roses, but the world brought weeds
Any man who fought creeds in history in wicked ways
Felt pain, why not bleed? We're living in the sickest days
Vicious plays with secretive scenes and acts
Lies laid like train tracks to cover up seen facts
Greenbacks perpetuate the playwrights
Money makes the setting change from night to daylight
It's all illusion, with trick mirror reflections
The Peoples Choice Awards are presidential elections
Deception hidden, like a serpent in the cracks
To watch the play, it costs you a 7% tax
The acting leaves a forming of habitual greed
The forbiddentry is blown out of a capital seed
If it's shaken roughly, you watch the power unravel
The spotlight shines from the Tower of Babble
It blinds people so they always finding means
To keep hidden what goes on behind the scenes
Currency flooding, so they won't stop inflation
The masses are subdued by media propagation
Proclamation of waste, they're throwing you away
While the live sheep flock, they're going to the play

[Chorus x2]
History has shown us the power and greed
Devouring deed, fallen in an hour of need
A flower will breed, just shower the seed
A coward will bleed, this my creed
Listen, behold, and take heed

[Verse 2]
A global theater, with an enormous performance
With lonely stage-hands with military endurance
Be super-concious, a subliminial fact is built
You like to play? Join the political actors guild
And learn how to fake what you feel, with snake appeal
Then rob the poor's pocket every time you make a deal
Take and steal, under their guys, or just cause and trust laws
Manifest acceptance as an audience applause
A river of greed, it's an undestructive flow
Watching civilian police are nothing but a puppet show
Let the trumpets blow, signaling the opening act
Pull the curtains back, and unseen, open the tact
Let the true light refract, and reflect like a prism
While monopolies allow fools, and I write communism
I'm secretly having my freedom stripped
Meanwhile polling political parasites read a script
You walk with a smile, even if you hate it
Ignorance allows an audience to be manipulated
Stated innocent, really guilty hidden criminals
Children are deprived their basic vitamins and minerals
Lies contracting deals, of subtracting bills
No truth found, only good acting skills
Check the dollar bill under the pyramid in Latin
New World Order exists draped in black satin

[Verse 3]
I plead that my voice is heard, with the choice of words
To stimulate like the moistest herbs
Poisonous, absurd, venomous of real reality
A surreal gallery, with the phony actuality
Politicians taking drama classes, to promise actions
Exceeding and eliminating honest factions
A continuous play with no intermission
Executive decision lead into wicked wishing
A crooked Christian, will help to show you to your seat
And steal your wallet, and say "I owe you a receipt"
Slow deceit is upon us, it's the hour of dillusion
And writing script ideas into our Constitution
Evil intrusion, mental breaking and entering
On the united front, the fake and the centering
Taken and spending, will wealth-fare lending
Inevitable effect is healt-care ending
Seen six acts, six script six
The players is playing devilish characteristics
The show goes on, you can't keep the play waiting
The poor pay the rich, and the rich pay Satan
I'll put my Consititutional right to fight
Speak words of light, to ignite insight
It's all relative to your life, certainly, I suppose
If you open the truth, you'll make the curtains close