Jack Of All Trades

Lyrics to The Streets 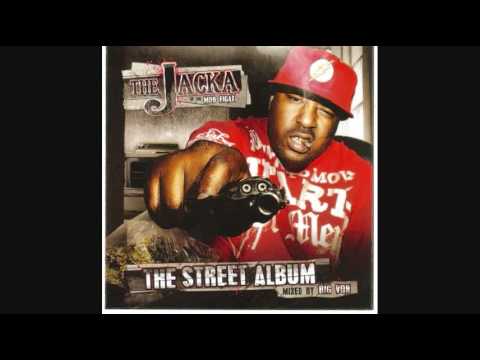 The Jack:
When you got knocked you had alot to tell
when I get outta jail i'll split ya like lobster tails
secrets only flies could tell
have you ever spent a moment in my time,
roamin thru my mind
we can murder together,
nothin to hop on my weta
inside I'm fed up
I'm gettin so high I'm fed up
but really it's time to let up
cuz really I'm holdin back
but in time they'll realize I'm the illest in fact
fuck a radio song, I put the radio on
once the streets found,
they played a real niggas song
I'm hyphy but muhfuckas couldn't tell from my tone
now niggas respect the bay and every state I've gone
cause my album's so dope muthafuckas is stoned
plus i'm everywhere
you wouldn't believe the hoods I've gone
niggas love me like mac dre and pac back home
tho I'm known to let the 4-5 shatter ya dome

CLR 6-0-0 baby
same color as my hero with a slight inner navy
like my blue steel baby
like keak still maybe
I'll let you live til they pay me
I gotta do this kinda shit cause I let the streets shape me
my heat ain't on saftey
the crime ain't worth the time but it won't break me
I hope it don't take a head shot to awake me
like young sharkey and A.P.
Pushin coke on the daily
I'll let you have a chance if you think you can scrape me
you'll be highly dissapointed when them straps get pointed
I'm from the mob, all you fuck boys think you can join it
you betta duck boy, my fuckin background is enormous
can move pounds and I rap
my sound is enormous
we mob figaz clown, we down all informants
the mob, the mob, the god damn mob
if they ain't tell me to do it, then it's not my job

woke up this mornin with a hang over
cook breakfast, same stove I cook 'cain over

(Thanks to Mike Maldonado for these lyrics)