The Smoke Off Lyrics

Lyrics to The Smoke Off

The Smoke Off Video: 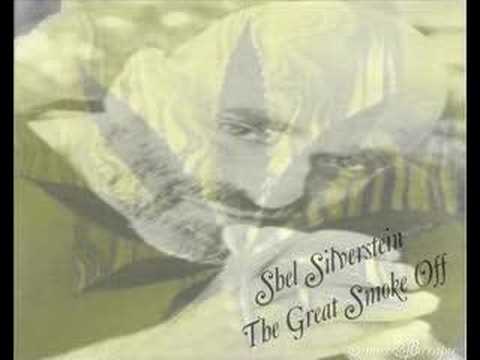 In the laid back California town of sunny San Rafael
Lived a girl named Pearly Sweetcake, you prob'ly knew her well.
She'd been stoned fifteen of her eighteen years and the story was widely told
That she could smoke 'em faster than anyone could roll.
Her legend finally reached New York, that Grove Street walk-up flat
Where dwelt The Calistoga Kid, a beatnik from the past
With long browned lightnin' fingers he takes a cultured toke
And says, â??Hell, I can roll â??em faster, Jim, than any chick can smoke!â?

So a note gets sent to San Rafael, â??For the Championship of the World
The Kid demands a smoke off!â? "Well, bring him on!" says Pearl,
"I'll grind his fingers off his hands, he'll roll until he drops!"
Says Calistog, "I'll smoke that twist till she blows up and pops!â?
So they rent out Yankee Stadium and the word is quickly spread
"Come one, come all, who walk or crawl, price â?? just two lids a head
And from every town and hamlet, over land and sea they speed
The world's greatest dopers, with the Worlds greatest weed
Hashishers from Morocco, hemp smokers from Peru
And the Shamnicks from Bagun who puff the deadly Pugaroo
And those who call it Light of Life and those that call it boo.

See the dealers and their ladies wearing turquoise, lace, and leather
See the narcos and the closet smokers puffin' all together
From the teenies who smoke legal to the ones who've done some time
To the old man who smoked â??reeferâ? back before it was a crime
And the grand old house that Ruth built is filled with the smoke and cries
Of fifty thousand screaming heads all stoned out of their minds.
And they play the national anthem and the crowd lets out a roar
As the spotlight hits The Kid and Pearl, ready for their smokin' war
At a table piled up high with grass, as high as a mountain peak
Just tops and buds of the rarest flowers, not one stem, branch or seed.

Maui Wowie, Panama Red and Acapulco Gold.
Kif from East Afghanistan and rare Alaskan Cold.
Sticks from Thailand, Ganja from the Islands, and Bangkok's Bloomin' Best.
And some of that wet imported shit that capsized off Key West.
Oaxacan tops and Kenya Bhang and Riviera Fleurs.
And that rare Manhatten Silver that grows down in the New York sewers.
And there's bubblin' ice cold lemonade and sweet grapes by the bunches.
And there's Hershey's bars, and Oreos, â??case anybody gets the munchies.
And the Calistoga Kid, he sneers, and Pearly, she just grins.
And the drums roll low and the crowd yells â??GO!â? and the world's first Smoke Off begins.

Kid flicks his magic fingers once and ZAP! that first joint's rolled.
Pearl takes one drag with her mighty lungs and WOOSH! that roach is cold.
Then The Kid he rolls his Super Bomb that'd paralyze a moose.
And Pearley takes one super hit and SLURP! that bomb' defused.
Then he rolls three in just ten seconds and she smokes 'em up in nine,
And everybody sits back and says, "This just might take some time."
See the blur of flyin' fingers, see the red coal burnin' bright
As the night turns into mornin' and the mornin' fades to night
And the autumn turns to summer and a whole damn year is gone
But the two still sit on that roach-filled stage, smokin' and rollin' on
With tremblin' hands he rolls his jays with fingers blue and stiff
She coughs and stares with bloodshot gaze, and puffs through blistered lips.
And as she reaches out her hand for another stick of gold
The Kid he gasps, "Goddamn it, bitch, there's nothin' left to roll!"
"Nothin' left to roll?", screams Pearl, "Is this some twisted joke?â?
â??I didn't come here to fuck around, man, I come here to SMOKE!"
And she reaches 'cross the table And grabs his bony sleeves
And she crumbles his body between her hands like dried and brittle leaves
Flickin' out his teeth and bones like useless stems and seeds
And then she rolls him in a Zig Zag and lights him like a roach.
And the fastest man with the fastest hands goes up in a puff of smoke.

In the laid-back California town of sunny San Rafael
Lives a girl named Pearly Sweetcake, you prob'ly know her well.
She's been stoned twenty-one of her twenty-four years, and the story's widely told.
How she still can smoke them faster than anyone can roll
While off in New York City on a street that has no name.
There's the hands of the Calistoga Kid in the Viper Hall of Fame
And underneath his fingers there's a little golden scroll
That says, Beware of Bein' the Roller When There's Nothin' Left to Roll.