Lyrics to The Saga of Rodney Toady, parts 1-5 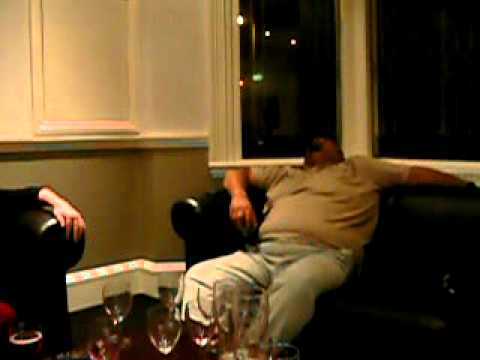 The saga of Rodney Toady.
Rodney was a sad young man, because he was...fat and ugly, and no one liked...him. Children ran up to him in the street, and pointed, and shouted "Rodney is a sad young man because he is fat and ugly!" And then they ran away laughing. Rodney shouted "I will chase you, and, and hit you, and m-make you cry!" But as Rodney was so...fat, he could not run fast enough, and the frustration of his complete impotence made him even sadder.

Older people pointed at him as he walked by, and whispered to each other, "Rodney is a sad young man because he's fat and ugly!" But they whispered loud enough so that Rodney could hear, and this made him even sadder. Rodney said "I can hear what you are whispering because I have extraordinary powers of hearing." And the older people would tell him that his hearing was as poor as his face was grotesque, and that they had whispered as...loud as they had on purpose.

(Part Three)
Beautiful girls used to go up to Rodney at dances and ask him to dance with them. And when Rodney, happy and pleased, stepped on to the dance floor, the girls would run away and leave Rodney dancing on his own, to make him look even more foolish than Nature had intended.
[sigh]
Rodney was a very sad young man.

But Rodney did not want to meet...fat and ugly girls. And instead he bought rude books! (Tsk!) With rude pictures in them! (Tsk!)
"Rodney, your tea's ready!"