Lyrics to The Runaway 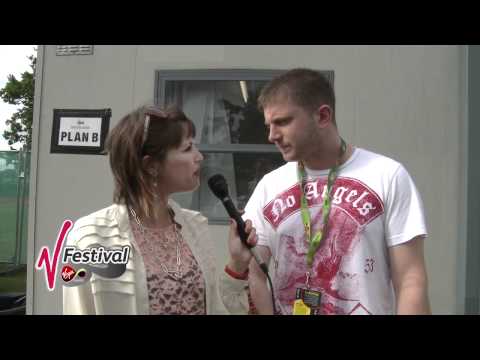 This story's dark like the place where this story starts,
full of fiends, and gangsters with gory hearts,
drugged-up girls dressed up like naughty tarts,
performing sex, and perverted forms of art,
and anybody with a fantasy that needs fulfilling,
even the filth, cops that lock up a man for stealing,
for Quent, there bent, sweat dripping off the ceiling
sadomasochists, *unintelligible*
anything goes when you've got the riches,
but only the sexually depraved pay for pregnant bitches,
her name's Katya, he was to do what he wished with,
if ya into chicks that wake up with morning sickness,
and have to make their way past people fucking,
punters hooked on hookers hooked on smack, cluckin,
spent a day getting touched up and butt-fucking,
wishing she'd wake up from the nightmare she was stuck in,
but she weren't waking up from nothing, this was her reality,
place where dreams come true for those who lack morality,
she had to get out, if not for her child, for her sanity,
'cause the only difference between this place and hell was gravity.
*CHORUS*
You want the business, runaway, runaway, where the money man?
You want the business, you want the business, the business, the money man? X2
It was a weird twist of fate, the way that she escaped,
she knew her chance would come, she just had to wait,
'till one of her abductors made a mistake,
mixing vodka with heart pills and smoking a straight,
with the door unlocked, ain't the smartest idea,
when your runnings are illegal and your cargo live in fear,
the path was now clear, but only for a exit,
'cause the road ahead was long, and full of unexpected,
twists and turns, she learned inadvertently,
how to cope with life's little moments of uncertainty,
feeling safe on the street, however absurd it seems,
the mother and baby unit, where she had disturbing dreams,
was a place she didn't feel was safe and had to leave,
would only be a matter of time before she had police, asking her questions,
finding out the truth about her underworld connections,
sending her back to the brothel, either that, or simply just deportin' her,
she's met corrupted law before, she can't see them supportin' her,
so if she goes along the road, it slowly starts destroyin' her,
not knowing where she's going, or why grudgers(?) keep ignorin' her.
*CHORUS*
You want the business, runaway, runaway, where the money man?
You want the business, you want the business, the business, the money man? X2
Life was hard in the brothel, now it's hard in the street,
'cause English is a language she can hardly speak,
like so many Eastern European people you meet,
only difference is they legal and they earning their keep,
she was smuggled into Britain almost two months gone,
she didn't know she was pregnant 'till they saw the bump,
and now the baby's here and they're both on the run,
if she don't beg, steal and borrow she ain't no kind of mum,
her feelings a vicious circle, with a big set of teeth,
the sharper they are, the smarter the thief,
so now she's broke again and she don't even know it,
until she reaches for the purse and it hurts 'cause she stole it,
to find it ain't there, I guess you reap what you sow,
its a bitch how karma works, it's hard to work out where she's going,
resortin' back to prostitution when the traffic is flowin',
her ride stops and drives off when it sees what she's towing,
must be hard knowing that you're nothing but a peasant,
game for the hunt, its the prairie like pheasant,
loitering at bus-stops like bored adolescents,
with sex on their mind, 'cause you give off the impression,
that you'd sell yourself for money, not find the thought repellent,
getting fucked in the field from behind, for you best feed your child just so it don't cry, its unpleasant,
but that's what she did and now we're back in the present.
runaway, runaway, runaway, runaway
runaway, runaway, runaway, runaway