Lyrics to The Rules 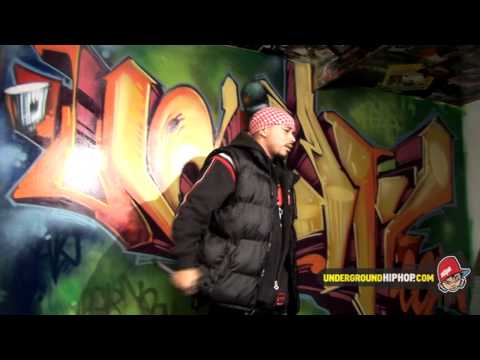 [P.R. Terrorist]
Aiyo, I stay in hostility, make sure y'all crab niggas be feelin' me
Unload your clip, I'm Teflon Don, it ain't no killin' me
I'm on the block, 1 A.M., coppin' a felony
The raw way, on Broad Street in broad day
Display my sword play, like a Broadway play left in the doorway
Half cocked, your gun didn't jam, you had it on lock
Should've learned, how to work that shit, before you shot at the
Career criminal, burners tucked near my testicle
Identical, g sag off my ass ready to finish you
For fuckin' up, not sayin' your shots would've hit me
Cuz your ass is too shook, and your trigger finger is shifty
If I go, the whole world go, you comin' with me
Nasty taste, dirt on my face, gun on my waist
Make a shooting range out of the place, about face
Crime capital, givin' ya'll niggas somethin' to clap to
Return of the Six Man Wettin', held at the chapel
Incarcerated, mentally shackled, they wanna trap you
Dust you off, dumped in the ocean, the sharks attack you
Left alone in a dark room, my mic grapple
Just a sample of what I can do on the L.P.
My C.D., a hologram picture visionin' 3D
You see me on the streets in 2G, that means they clone me
The devil tried, but I rebel, he wanna own me
Don't say peace, your ass is confused, you're fuckin' phony
You're analog, my catalog's digital, like a Sony sound system
I hit 'em and twist 'em, then dismiss 'em
Terrorist, expodition, new jack, play your position

[Chorus x2: P.R. Terrorist]
The moves niggas make, the rules niggas break
The lives niggas take, your lives are at stake
Wit plans to expand, we rise just like a cake
Be wise, look deep in to the eyes and tell a snake

[P.R. Terrorist]
Yo, I'm like The Last Man Standing, pawn, weld in the cannon
He's exhausted, explainin' to me, I shouldn't have forced it
You're damn right, that's why I left you hot in your pipe
Rookie cadets, all upset, tryin' to vanish my stripes
It's get me hype, just the thought of them, trynna take my life
Then run North, vacate the sight, like a thief in the night
It's kinda sickening, thinkin' of your self as the victim
That's why I'm standin' here, niggas in suds and blood drippin'
Rarely confused, cuz I ain't got Nothing to Lose
I seen cats crippled and dead, cuz friends that they choose
Broadcastin' live on the ten o'clock news
Anyway, who's to say, it can't happen to you?
But you a thug, wit a color, or a crew tattoo
All the same, when the barrel of flames pointed at you
Hollow points'll leave double jointed, and black and blue
When the scar heal up, and you got no cousin Phillip
And your other man got hit, can't feel from his waist up
In a wheelchair, gettin' wheeled around
All because, he didn't know how to react when he heard the sound
These are the rules...