Lyrics to The Payback 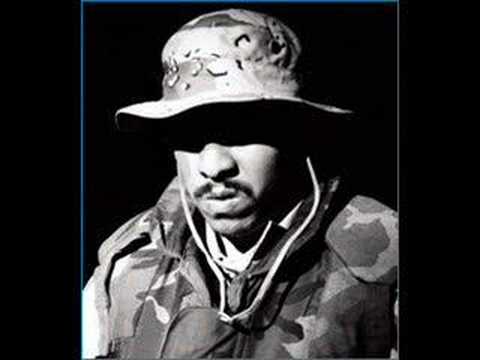 These fuckin snakes man
Fuckin up our lives
I'll take a piss in your oil fields
I want some motherfuckin payback so, yo

I wanna run for president, and the focal point when I'm campaigning
Is to put FEMA to work on a plantation at Camp David
Demand payment for New Orleans with the best of swordsmen
Launching missiles at the White House while Tech's performing
On the lawn and I just let 'em burn till death's confirmed
Laid to rest with worms cause otherwise they'll never learn
I'll form a cruel intent, put anthrax through the vents
From out a package I got in the mail that you just sent
But I got a better punishment for these Republicans
I'd let 'em live so they can see us overthrow the government
Let's fuck with them, have the first lady beat me off
Till my semen's launched, then I skeet across her face like Peter North
And I won't leave a doubt what we about when I cream her mouth
Or leave her trout bleeding out on Condoleezza's couch
I'll seek this route without regrets, and drink a brew then think of you
Cause if it's the last fuckin thing I do I'll...

Fifty-one percent of the World Bank is owned by the US treasury
Robbing third world countries out all they resources and equity
When Afghanistan was fighting the Russians
Reagan and Bush gave Bin Laden weapons and told him get to bussin
We even called 'em freedom fighters
Financed the cost with CIA imported cocaine
That whole Iran Contra Scandal, niggas took the blame
Started a war on drugs
Meanwhile Russia's defeated, America thinks more oil for us
Take over, set up a public government, Arabs ain't bearing it
So the same freedom fighters, George W. call 'em terrorists
Poetic justice, payback's a bitch, these fuckin hypocrites
Like Bill O'Reilly, right-wingers deserve what they get
Rush Limbaugh, drug addict, Giuliani, sex scandal
I wanna thank white supremacists then show you how my tech's handled
My neck's nano-technologically designed
It spits SARS to all you stupid ass execs that capital resigned

I am vindictive, faggots!

[Immortal Technique]
Huh, hahaha
Yeah I got something for you motherfuckers haha
You want it? HERE YOU GO!

The first payback that I would accomplish
I'd draft children from the senate and congress
Pompous religious right made suicidal
When I exposed Joe Cephas for ghost writing the Bible
Making nuclear silos, bomb the world with hydro
Chinese dragon sized blunts in Maracaibo
Huh, and everyone flashing a gun on a DVD
I'd make them niggas shoot it out with NYPD
And every fucker that didn't buy my CD
I'd stab the revolution in their neck with an IV
See me, own the world, I'd give it back to the poor
I'd give a last name to every single son of a whore
Hard to the core, fuck with the gay list
Niggas pop on they block but they globally nameless
I'd show the hood real gangsters and make 'em famous
Langley Virginia, where my connect for cocaine is
I'd make everybody fuckin have the world darkening
I make rap-about lyrics, not beats and marketing
Replace every raped virgin's broken hymen
Holding De Beers reclining, while they choke on they diamonds
My designing's like Francis Ford Coppola rhyming
Building a universe inside solitary confinement
I'd reverse Rockefeller laws and bring Mumia home
And serve the President freestyling offa the dome

A message to the outgoing president
Hey I got a great idea nigga... Kill yourself
Hahaha, you know it's so funny, I thought about it the other day
You should probably kill yourself
Ah why don't you kill yourself?
Hahahahahah, kill yourself