Lyrics to The Nice Kitty Song 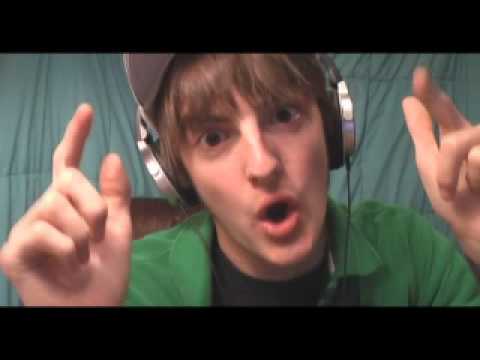 I got this little kitty about 10 years ago.
I guess he's not so little, he's kind of old and slow.
I wouldn't call him a ninja, now way no how.
If anything I'd say he looks like a cow.
My kitty's so nice he'd never bite my hand.
He never gets in trouble if he did he'd get SLAMMED.
But there was this one time when he accidentally bit me
So he rubbed his face on my face and apologized quickly.

If there's one thing I don't like, It's when he licks.
But then again who can resist this.
All he really does is just sit in his chair
24/7 like he just don't care.
His energy lacks. He's in that chair all day. (not me!)
He wouldn't even move if a gorilla was in the way.
With this kitty I don't worry about a thing.
He's the nicest little kitty so we call him Persia?!

My little kitty doesn't fight, no he's so nice.
In the end Sparta (smpfilms cat) didn't stand a chance, no!
Persia had one that night.
Hey little kitty yeah your so nice, so nice.

Without a doubt I thought that you'd be in
The chair but no,
It must be time for meow mix.
He knows his food sucks but he'll eat it anyway.
People food equals a tummy ache.
And I don't want to be the one to clean up his throw up.
Plus we're over that stage he was nice enough to grow up.
And when he's gotta poo, he knows what to do,
"Hey Dave let me out, I'll be back in a few"
Life's so great so much time to relax.
Yeah life's so great when you've got my cat. .