The Next Level (Remix) Lyrics

Lyrics to The Next Level (Remix)

The Next Level (Remix) Video: 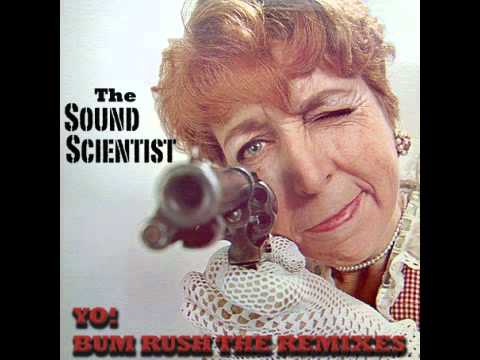 bust this
You got a bad name like Dick Butkus
Welcome to the next level, of rhyme flowin
Scratchin, hookin up beats, and hoe catchin
Everytime I come home, I got fifty messages
I only call back the girls with big big breasteses
Ooh, I got bitties, in all the major cities
The safest way to have sex is right between her (tittes)
I beeped this fillie from Philly, we was puffin on a phillie
She started actin silly, so I popped her like a willie
I'm like Kukamunga, I'm way out
And you know I got the flow that'll never play out
I was raised in Cali just like a palm tree
I rock the mic from London to the Mohabi
Tash Diamond D and the Ro to the J
Amazing feats happen when we come out to play

Out the funk bag of tricks
Just for kicks, I represent with the Liks
So here's the vicks, I'm hittin harder than a brick
Tricks get slick, and face the dick real quick
You better recognize, adjust your bifocals
Your style is local, I sit on beats in Acupulco
I put words together like Peter Jennings
And skate on motherfuckers like Peggy Flemming
So woah to those who owe
From one oh four five six to nine oh two one oh
I'm sippin on pina colada
Two blocks off La Seneca, at the Ramada
But hold up, I'm not done yet
I get hard like the perm pimps wear on Sunset
So recoginize when you feel it
DITC, you can't steal it, aight

For all my niggaroles, niggetes, broke niggaz wit big gats
You see our silouhettes but yo who the fuck is it
If you recognize the freshness of the crew that rocks the party
[Gots to roll deep] cause niggaz can't trust nobody
Guess what, you win a token on the next day smokin
to the next level of rap that'll get the party open
Cause nineteen ninety-five is the year we overdo it
With the house party beats and the flowin like fluid
Cause ain't nothin to do but to rock that shit and print it
But it's all about the loot so every move is documented
And vented, by the man born for lyric kickin
Coolin out with your broads eatin sweet and sour chicken

Exceed and be the limit if the tab's on you
I get drunk and reminesce about the shit I used to do
We used ta, take out crews as a hobby after two in the lobby
Me, Mike D, and my beatbox Robby
Sendin kids back to the lab for more practice
The only way they'd win, if we battled to see who's the wackest
Ten years later, still a hip-hop slave
A prehistoric b-boy makin beats in my cave
The L-I-K-S, what makes them motherfuckers so damn fresh
It's the, liquid flows that we spillin on ya
Broadcastin live from Southern California, and we out