Lyrics to The Long Awaited 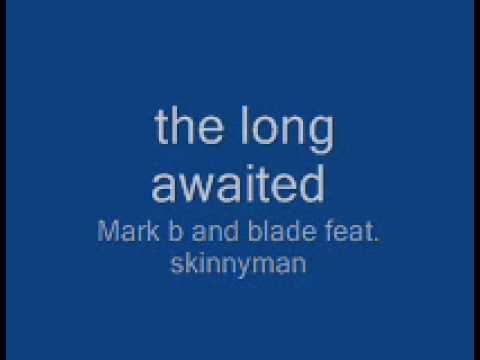 [Blade]
I'm sort of like a doctor about to operate
Crowds cooperate waiting for Source to set the date
The long awaited album finally planned for production
Full steam ahead, I hope the fans are prepared
We hope we go platinum, ain't nothing wrong with dreaming
While the jealous are scheming because we get the crowds screaming
For more, real rappers becoming extinct like dinosaurs
While we're preparing for tours, you're rushing the stores
To get a copy, 'The Unknown' far from poppy
Highly recommended by many 'cause we ain't sloppy
Trust me, this album will be known for setting standards
Selling 'cause we're good not 'cause we're paying back-handers
Like them boy bands put together like a jigsaw puzzle
Made to fit, we're the opposite, maybe we'll hit
We're breaking most barriers
Conquering many lands and as it stands
Our reputation expands
No if, buts or ands
Follow the procedure
When we're done, clap your hands
For those who know us well, you know we're bound to excel
And at the same time we're building our clientele

[Lewis Parker]
Yeah, it's like jealous ones envy Mark B, Blade and Parker
Cocktails and long nails and rooms full of laughter
The undercover master hold it down to extreme
You're getting loose at the seems so I'm pulling your card
Yeah we're at large, espionage in the city
Gigantic in sounds soaking through the tin pan dizzy shit
Too many fools on silly shit, whatever
Ain't got time
'Cause time is too valid, serve it up like salad
The poison ballad on the menu, big ladies and
Machine guns versus pencil thin models
Fools stop and ogle, boggled by the perversions
Until their guns turn causing concern and dispersion
From the display, the truth is whatever they say
They hype is narrow 'cause that's the way they stay
As the bottoms sway I make my way without selling it
What up to my fellowship busy in experiment
Back in the lab, keep the break over the stab
Who's the man of the moment as nature's gone mad
Mark B and Blade may be an odd couple
Opposites attract
We play 'em at their own hustle

[Skinnyman]
The most anticipated, most long awaited to burst
You're damn right you'd have to hold me back until the third verse
You probably realized it's me by now and start to curse
Before you say fuck me, I'll say fuck you first
And come worse than any wicked man, Skinnyman, Muddy Fam
Dargdart dapper dan, long time veteran
From I was a youth I used to sit and listen Papa San
Now I listen Sizla, Calonchi and Capleton
Bishy Bashy in a ragga dance like I'm Rodigan
Hip-hop something that's coming straight out of Engaland
Spin this on the radio and in every jam
By Chubby Kid, Short Blitz, Tim Westwood and the Number Man
This is for the youths so they can understand exactly what I'm under man
Representing here from another dan
Blade a rap renegade for years
Legendary in the game, you'd have to run go check your peers
They're running around, talking about who's gonna pioneer
Like they didn't know that we'd been representing for years
I'm like a lion that rules the jungle without fear
Y2K is exactly our year, you hear