The Land Of Bird's Spirit Lyrics

Lyrics to The Land Of Bird's Spirit

The Land Of Bird's Spirit Video: 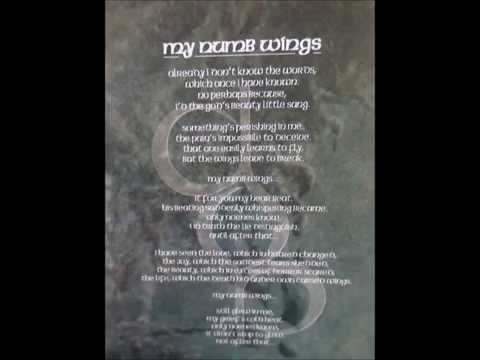 I am only solitary tree, standing in the main field,
Which hasn't heart, but still it hurt him.
Right to small girl alighted chilly cry full of loss
To the land, when attired I was, from the land, when I put off clothes.
In that land, under stormy heavy clouds wheeled round black birds.
Oh, looked so sad the young knight, which life in battle loses.
From my branches Tallis threw him the shred to he twined his wounds,
But he pressed it to lips and gripped in palm.

Across heroic land but winds from hell propelled further,
To bodies of dead and dying to last gulped.
It was fear, which led her hand, when she painted stones
Her belief in twinkle burnt low, when she saw hags.

Beings worse than creatures,
Which to deads the heads cut.
Though already she put them to flight,
Now for their prey they were in a hurry again.

Tallis left the land,
Willy to restore the rain of stone,
But she sight scathach nolonger
Only black veil, sign of triumph.

She wept and love was rough sea in her.
She lost him, but still didn't believe in it.
Although she wanted to shout, his name alighted from tree,
Into the night smoke rose, he never heard her again.
Only I, the solitary tree, standing in the main field,
Which has no heart, but still it hurt him,
Which didn't manage to say her, that the way there is the way back,
Sad spirit resides in him, which only for her sing this song.