Lyrics to The Game Changer 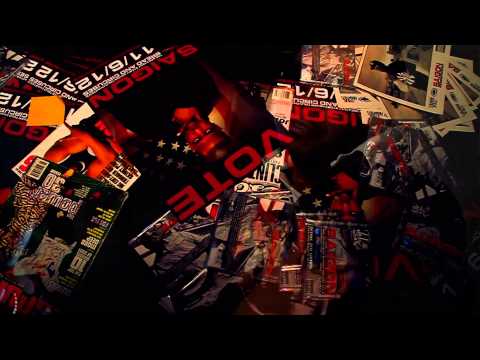 [Marsha hums and scats for the first 17 seconds]

[Saigon]
I got signed to Atlantic Records, 2004
They predicted I'd do a million right out of the door
They said all I had to do was just follow the for-mula
"You does and you gon' be popular boy"
See what they failed to realize is I rhyme for the cause
They got the same mindframe as [?]
Told me they needed a single, who should they call?
I said "Y'all should put me in the stu' with Trey Songz"
Now all along they thinkin we do a song how we bang the girls
I said "Nah lil' nigga, we 'bout to change the world"
And when I turned it in expectin a grin
They gave a nigga this look like "Never again"
And I looked back at them like "Never again"
I love all of you motherfuckers but, just as some friends
I can't do music if it ain't got a message within
I guess y'all could leave that up to the rest of them then
I'm changin the game

[Saigon]
Okay, so now I got the Bentley drop
But on the left side of my chest is a empty spot
I can't lie, these lil' groupies they tempt me a lot
But for me to fall victim I simply could not
Nah nah - I don't brag about the bottles I pop
A lot of y'all are runnin around here with the models I mop
Five years ago when "Entourage" was shot to the top
Surprised she's still skinny, shorty swallows a lot
Ha ha! And ever so often
somebody comes around and delivers great songs without flossin
Without talkin, 'bout shit that isn't important
Like makin a fortune off of somebody snortin
But bein a force is a call to someone in coffin[?]
This is all we doin with hip-hop, we lost them
But we should be ashamed of ourselves
The only people we could blame is ourselves
Who else?

[Saigon]
I got released from Atlantic Records, 2010
I swear to God it felt like I was gettin out of the pen'
It started off real good, but how will it end?
Will I make it to the top of the tower again?
Will I be on Hot 9 or Power again?
Or will the people just assume that I'm sour within?
I told my +Story+ to 40,000 people
Now it's time for me to get equal, the sequel