The Game Belongs To Me Lyrics

Lyrics to The Game Belongs To Me

The Game Belongs To Me Video: 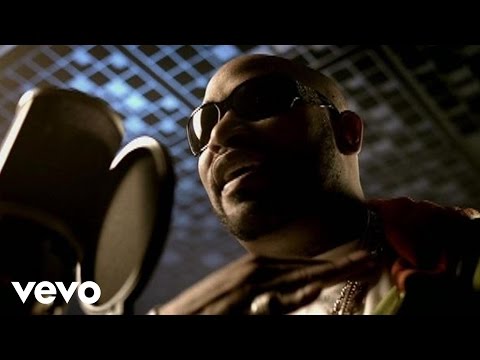 [Chorus x2: Pimp C]
I got Bobby by the pound, Whitney by the key
DJ Screw by the gallon, bitch the game belong to me

I got Bobby by the pound, Whitney by the key
DJ Screw by the gallon, bitch the game belong to me

[Pimp C:]
I got money on my beeper, dead trees on my phone
They call me Mick Jagger 'cause I "roll a lot of stones"
It's a whole lot of clones but only one Sweet Jones
Turnin whores to carnivores, they just can't leave my meat alone
It's been a long time since I busted on a glock
but every corner that I hit, I left it screwed up and chopped (chopped)
Marooned up and dropped, like my Biarritz on top
Let the motherfucker bleed until it drip and let it drop
I'm still that young boy that had a pocket full of stones
but now I'm sick and simply rich, grippin wood and flippin chrome
I got Bobby by the pound, Whitney by the key
DJ Screw by the gallon, bitch the game belong to me

[Bun B:]
Man I pull up in your city and get my Bush on (what is that?)
Lay down the competition, take their cash crops, and get my push on (huh)
Moved up to Bentley with more chrome from a Lexus key (key)
All because we cornered the market on that Texas tee (tee)
And we don't bar no plexes, we way bigger than other men though (men though)
The diamond deuces on tinted windows, we in the wind yo (wind yo)
We "Chevro way" the wind blow (wind blow), that's the corner we been Joe (been Joe)
Don't know where you been bro, but it's no quiz to me, you win though
When it's ten fo', good to go, but in my Styrofoam good and muddy
We block bleeders (what?), leavin your neighborhoods good and bloody
We grippin that woodler, bud it (damn), sit back and scope it (huh)
Pay attention to Prince and pushin everything about to pump it

[Pimp C:]
Uh! I done smashed up my flyin spurt, it wasn't shit
I just parked it in the grass and brought some brand new shit
A Phantom Rolls Royce, 24's with the bump
I ain't trippin about the seat, I got them woofers in my trunk
Cut in my swisher, codeine on my whiskers
Fuckin with that Smoke D, Bundy, and that Vicious
UGK Records, it's an institution
Know a lot of niggaz livin off of prostitution
Pimpin ain't dead, it just moved to the web
Bitch ain't gotta hit the track, ain't gotta give no tricks no head
Ain't got to give no tricks no pussy, just cameras and screams
Easiest money you can get, it's the American Dream bitch!

[Bun B:]
Man I'm a middle finger figure (figure), a million dollar mission
Poppin like Orville Redenbacher (bacher), with a whippin in the kitchen (kitchen)
Yayo like Dontrelle Willis (what?), we the trillest
On the mound, I'm holdin that whole South down, I know you feel us
We the realest walkin the planet, can't stand it
Pass away, wanna fight us
Start to swingin, wanna kill us
Blast away, wanna stab us
Get to stickin but make sure you cut us deep
'Cause I betcha we comin back a couple hundred brothers deep (oh!)
Pimp and Bun, we run the streets, which streets? Man, pick your hood
Don't matter, we represented, cross us? (yeah) We gon' get you good
Them Down South veterans (huh), ain't nobody better than
gonna tell your next of kin or your brethren, let us in cousin