Lyrics to The Flyting Of Grief & Joy (Eternal Return) 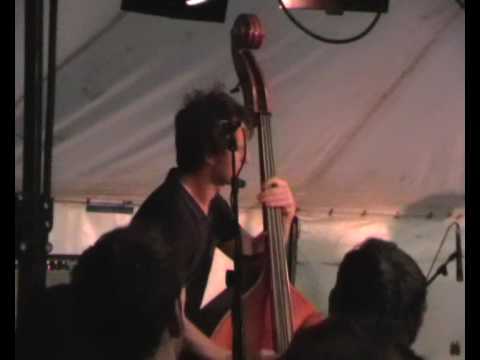 Well it's eighteen years since the loud cicadas
Made us leave our imperiled shores
Such a ragged band of true crusaders
To join our Father in the war of wars.

We came at last to the field of battle
Near the waters of the endless Lethe
And we heard proud Joy make her sistrum rattle
Against the fearsome ranks of Grief.

And then spoke Joy, most grievously,
"Abandon hope and follow me."

Responded Grief, so joyfully,
"Abandon hope and follow me."

Meantime we'll see three forests rise
And fall in mulch and rind-rust
And we'll see the woodsmen turn and fly
And the Devil take the hindmost.

And half laid in the chamber lie
And abandoned in some gully,
And half hung on the gallows high
For folly and vain glory.

And I'll stand in the fallen masonry
and say my sermons seven,
For all the penitents in hell
And the celebrants in heaven.

And you'll kneel in the crowded marketplace
And draw your vast mandala
For Zoroaster and Mithras,
Jehovah and Allah.

A tithe of skin, a toll of bone
A bloody libel burning,
In Jericho and Babylon
Eternally returning.

Then Joy fell slowly out of focus
To meet with Grief in the Elysian Meres
For out her breast there grew a broken crocus.
From Grief there grew a rosary of tears.

They grew to form a swarm of hornets
And they took the air and they swarmed as one
This one apported three fire-garnets
And sealed the rising of the unconquered sun.