Lyrics to The Flute Song (Lalala) 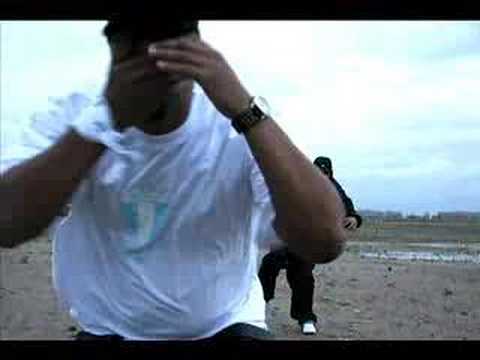 [Tash over girl]
At least buy a nigga a drink or somethin, party people!
Woo! Let me explain it

[Tash]
Aiyyo guns don't kill people, people kill people
Tash he cracks hoes cause Rico's still Rico
Swift is still Sweezy, Grams is still J-Ro
We still don't give a fuck, so don't move until we say so
{*click*} Aight, do yo' dance
While I bust like Christian Slater in _True Romance_
Let's get it on motherfuckers, time is tickin in here
I'm on the same shit as Luda, strictly "Chicken and Beer"
What a diet, you should try it, Tash rock like Quiet Riot
If I'm buyin out the bar, that means I'm really tryin to buy it
If I'm lyin I'm flyin, half y'all niggaz don't deserve me
Holla if you heard me, holla if you niggaz can't serve me
(OHHH-ohhh!) From the pit to the booth
CaTash is like Beanie, straight spittin "The Truth"
Six albums the proof a nigga's workin harder at it
We've been doin this since Raider hats, curls and Starter jackets (c'mon)

[Chorus: Alkaholiks]
You know you can't party like us, so stop tryin
You know you ain't shot nobody, so stop lyin
We like to get money, get drunk and smoke weed
Tha Alkaholiks nigga, just what the game need

[J-Ro]
Tha Liks get you spaced out, J-Ro never take the safe route
Bring beef to your house like a Chinese takeout
You couldn't see me if you was out back on a stakeout
If I went out the back of the Outback Stakehouse
... with the Priest Holmes fakeout
Stay in the cut, like when {?} scored a breakout
Girls wanna play house, and play spouse
I just pull my snake out, tell 'em play mouth
The kush make me fade out into oblivion
Green and moist like amphibians, deeply meridian
Mississippi, I'll get Missy tipsy
Sport Timberlands and dickies, in a spank white crispy
Hoes are so tricky, but I keep the upper hand
I bring sand to the beach and just leave with more sand
The Ro-Gram work hard to make 'em understand
Now they realize that I'm the man, and they're singin

[E-Swift]
Aiyyo Cali's in the building we collectin the rent
We at the bar takin shots like 50 Cent
(G-G-G-G-G) Them niggaz is nice, don't think twice
I'm so cold, I ain't even gotta rock ice
I'm so real, every time I touch the mic
I'm certified sick, DJ's get the chills
when they play me in the mix, Alkaholiks
Your number one West coast hip-hop artist
Been puttin shit down since the day we started
You won't realize it 'til we gone and departed
I made my mark, niggaz can't erase it
Trademark sound comin straight out the basement
You can't replace it, it's too distinguished
Invest my money in gold like Olde English
E-Swift provided the beat, and that's me
I might slang you a track and kick a verse for free

[cut and scratched: "What the game needs"]