The Difference Between This, That, And The Other Thing Lyrics

Lyrics to The Difference Between This, That, And The Other Thing

The Difference Between This, That, And The Other Thing Video: 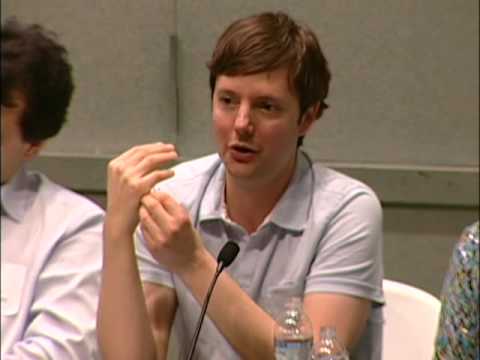 I'm a Roman! Everything I own is broken! Everything I own is Stolen! I'm a Roman!
And I live amongst the decay, also known as Queens,
reminders of a better day when men were made from war and inudstry,
when men were made to bore with symmetry,
when women could be handed a list of my deeds,
when the skyline I didn't design built me with buildings stacked brick by brick.

I'm a Roman! Everything I own is broken! Everything I own is Stolen! I'm a Roman!
And I live here today and though I'll walk this same Church Street tomorrow it
won't be the same
even if we meet eyes again, even if I hold the table for the same run,
even if for two weeks I'm convinced you're the one -
see I've seen people make it but they've seen only an image of me
and I let myself get caught up in the shakin'
and those are days when I sit down to eat,
no, the real me pays for nuthin'
and empathizes with the Romans
whose coolest slips and solos,
disappear.

I'm thinking what you're thinking:
that either you've got to cut your hair shorter or I've got to grow mine longer,
and I'm not growing mine any longer
so I'll meet you at 2:00 where the breakfast special overlaps with the
margarita happy hour
and right on, right on,
'till 2:00...or 3:00...