The Devil And Billy Markham Lyrics

Lyrics to The Devil And Billy Markham

The Devil And Billy Markham Video: 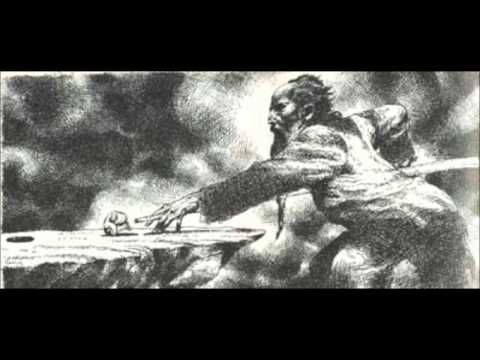 The Devil walked into Linebaugh's on a rainy Nashville night
While the lost souls sat and sipped their soup in the sickly yellow neon light.
And the Devil, he looked around the room, then got down on his knees.
He says, "Is there one among you scum who'll roll the dice with me?"
Red, he just strums his guitar, pretending not to hear.
And Eddie, he just looks away and takes another sip of beer.

Vince, he says, "Not me, I'll pass, I've had my share of Hell,"
And kept scribbling on a napkin, some song he was sure would sell.
Ronnie just kept whisperin' low to the snuff queen who clutched at his sleeve,
And somebody coughed -- and the Devil scoffed -- and turned on his heel to leave.
"Hold on," says a voice from the back of the room. "'fore you walk out that door.
If you're lookin' for some action, friend, well, I've rolled some dice before."

And there stood Billy Markham, he'd been on the scene for years,
Singin' all them raunchy songs that the town didn't want to hear.
He'd been cut and bled a thousand times, and his eyes were wise and sad,
And all his songs were the songs of the street, and all his luck was bad.
"I know you," says Billy Markham, "from many a dark and funky place,
But you always spoke in a different voice and wore a different face.
While me, I've gambled here on Music Row with hustlers and with whores,
And, Hell, I ain't afraid to roll them devilish dice of yours."

"Well, then, get down," says the Devil, "just as if you was gonna pray,
And take these dice in your luckless hand and I'll tell you how this game is played.
You get one roll -- and you bet your soul -- and if you roll thirteen you win,
And all the joys of flesh and gold are yours to touch and spend.
But if that thirteen don't come up, then kiss your ass goodbye
And will your useless bones to God, 'cause your goddamn soul is mine!"

"Thirteen?" says Billy Markham. "Hell, I've played in tougher games.
I've loved ambitious women and I've rode on wheelless trains.
So gimme room, you stinkin' fiend, and let it all unwind.
Nobody's ever rolled a thirteen yet, but this just might be the time."

"Well, shit," says Billy Markham. "Now, I really don't mean to bitch,
But I never thought I'd stake my roll in a sucker's game like this."

"Walk off where?" says Billy Markham. "It's the only game in town.
But I just wanna say 'fore I make my play, that if I should chance to lose,
I will this guitar to some would-be star who'll play some honest blues,
Who ain't afraid to sing the words like damn or shit or fuck
And who ain't afraid to put his ass on the stage where he makes his bucks.
But if he plays this guitar safe, and sings some sugary lies,
I'll haunt him till we meet in Hell -- now, gimme them fuckin' dice."

And Billy Markham shakes the dice and yells, "Come on, thirteen!"
And the dice, they roll -- and they come up blank. "You lose!" the Devil screams.

"But I really must say 'fore we go our way that I really do like your style.
Of all the fools I've played and beat, you're the first one who lost with a smile."

Then, arm in arm, Billy Markham and the Devil walk out through Linebaugh's door,
Leavin' Billy's old beat-up guitar there on the floor.
And if you go into Linebaugh's now, you can see it there today
Hangin' from a nail on the wall of peelin' gray
Billy Markham's old guitar . . .
That nobody dares to play.