Lyrics to The Deal 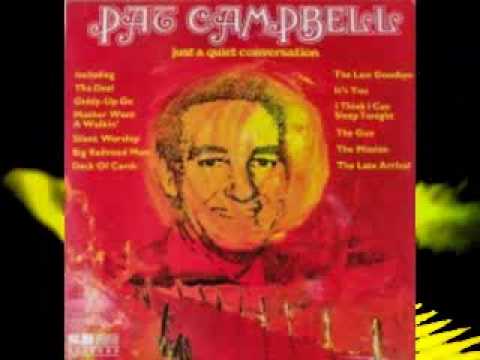 I guess it was about midnight when we arrived at the hospital The Doctor was waiting at the door and they carried my sweet wife to a delivery room and I was left alone to Walk the waiting room floor. I, like all first time fathers, I guess I was nervous For my long awaited son was about to arrive in this world. I even cocked myself a little chuckle as I thought, "You know something, it could be an old girl". But I could feel the worriness and tention mounting in me as I paced the room time and time again and finally I reckon it got to me an' I sat down and placed my head in my hands an'then I looked up as the whole door swung open and the doctor entered with his head bowed low. And then he told me of the complications and the decisions only I could make an' urge me not to be too slow... Oh for a long timeless moment I stood there, staring at him in shock and disbelief, I mean, how could I tell him to save my wife or save my child when they both mean the whole world and everything to me... I excused myself and walked off down the little hall an' my footsteps carry me to the chapel door, with an aching heart I entered and with head bowed low I just knelt down on the floor. "Oh you must love them an awful lot Lord, Maybe even as much as I do because you can't make up your own mind which one to extend your welcome hand to... now I know I never ask for very much Lord, but if I could make you a deal, well I guess you know what it would be... let them both live their lives an' if you gotta take one, please, please let it be me". And then some how I got to feeling a little better and I hurried back down the hall an' the doctor wasn't there... an' as I wondered were he was, WHY! my legs gave way and suddenly I began to fall. "What was wrong?" I wondered, "Why was I lying there on the floor?" Gosh it seemed like an eternity untill I looked up and I saw the Doctor come running through the door... Well he's bending over me now and his eye's tell me that soon my life will be gone and the only thing I can think of is that now, he'll have to make that decision alone, but then he turns to his nurse and he says, "It's too bad that he won't know of the mircale that's happened and that some how they're both going to be alright". An' I tried to force a last little smile as I think, "It's too bad he don't know of the deal I made with my God tonight".