Lyrics to The Daredevil Christopher Wright 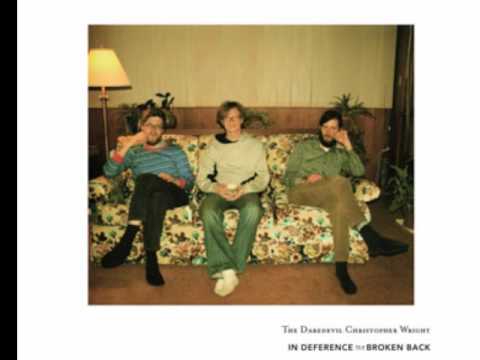 Dangerous, dangerous, you know that is his name. He's
the guy driving cars off cliffs, taking whips into lions
dens to teach them how to dance.

Villainous, villainous, that is what they say as his car
bursts into flame and ash and they watch between the
cracks of their fingers to see him crash.

What a shame, what a shame, we'll never see that man
again. He was attempting his longest jump yet but there
was such a wind today that it blew his life away.