Lyrics to The Dangerous Three 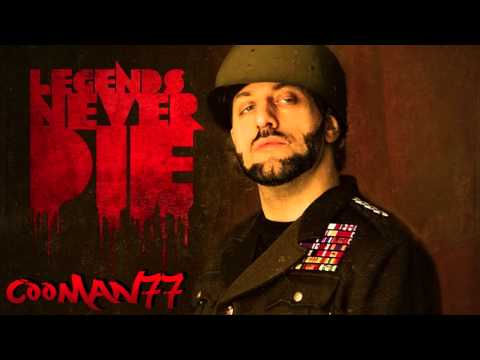 [Intro: Brother Ali]
Said they just don't make 'em like this no more
In fact they never made 'em like this before
I'm 'bout the baddest man that ya eyes done saw
Baby, I'm down by law

[Verse 1: Brother Ali]
Life gave me nothing free, but my ugly
Ass mug and a couple of fat nuts to squeeze
Dick dangling down in my dungarees
Hungry beast, I'll chase your ass up a tree
You know what's up with me, I'm sucker-free
Not uptown or uppity, it's not my cup of tea
Feared one in the streets, won't nothing bleed
Except my knuckle meat, caught up in your fucking teeth
Brother, please, I'm out here rhyming for survival
Plus I got a outta-body-mind-blowing live show
Squad'll find dimes, follow me wherever I go
Got them on their knees trying to honor my arrival
Quick Draw McGraw, this mic of mine, I'm a prime time bidaw
Down by lidaw, broke dick, big dog
Who the hell am I? The A, the L, the I, and I'm the God damn shit, y'all

[Hook]
Dangerous
You should see me swing the jimmy

[Verse 2: R.A. The Rugged Man]
Don't get me started
I'm golden era, '88 baby highly regarded
I get stupid, dookie, doo-doo, def, dumb, retarded
Watch you fade like a high top when I drop
Leave you flattened like a pancake at IHOP
With a pistol I'm a nice shot
Many battles are losable, losing isn't unusual
Life is brutal, but beautiful, birth allude to a funeral
I'm straight raw, cocaine natural
You that flesh-eating veterinarian drug used to de-worm cattle
The same way Big flipped mics I'mma show you how I run thing
I'm the Don Corleone, Cornelius, Trump, King
Is the world your or mine? I'm an immortal in his prime
Structure doesn't follow the corporate design
I'm snapping your porcelain spine
To deep for the mortal mind every time I'm recording a rhyme
They find that I'm crossing the line
If you're blind and ignoring the grind
It's sickening, ain't a chick alive I won't stick my dick in
I'm more shameless than Hammer dancing for popcorn chicken
Ace was the ink before Irv Gotti was laundering loot
And he dropped Slaughtahouse before they was ever forming a group
Fuck being miserable, whether it's the mental or in the flesh physical
Blessed are the poor in spirit
Yeah, I took it Biblical, I'm so dangerous

[Verse 3: Masta Ace]
When this mic's in my hand I'm a cannibal man
Eat my own kind, damn, I'm an animal, fam
And if you a grown man then stand if you can
On your own two feet with a tangible plan
Now my plan's ripping them all, never fall
And achieve all goals like I'm kicking a ball
Like taking out your dick in the mall
Warn everyone you see that it's me and I'm sicker than y'all
And this track's like a brick in the jaw, a bat to the head
Go ahead, get back in the bed
Keep sleeping, I'll be the nightmare of your dreams
Spit right, the flow's tight like a pair of your jeans
Take those off, y'all dudes feminine style, so foul
Meanwhile, men, women, and child praise me, the epitome of the best
Deadly like three in the chest, dangerous