The Bitch In Yoo Lyrics

Lyrics to The Bitch In Yoo

The Bitch In Yoo Video: 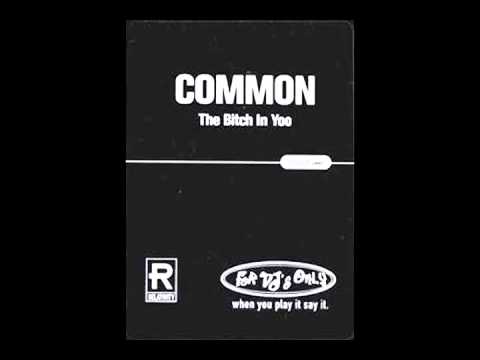 (Yeah, for your nation...
for your nation...)
Verse One:
A bitch nigga wit an attitude named Cube
Step to Com wit a feud
Now what the fuck I look like dissing a whole coast
You ain't made shit dope since AmeriKKKa's Most
Wanted to cease from the Midwest to the East
On the dick of the East for your 1st release
Your lease is up at the crib, house niggaz get evicted
And videos wit white boys talking you get Wicked
Natural Born Killa, nigga you natural born God
Look, read listen, got the nerve to say you rob
Hyprocrite, I'm filling out your Death Certificate
Slanging bean pies and St Ide's in the same sentence
Shoulda repented, on the 16th of October
Get some beats besides George Clinton to rock over
Rap career is over, better off acting
What trouble I see, you're managing WC and Wack 10
You backed in to a four corner hustla
Lying on your dick, said you was fuckin her
Use Higher Learning, don't take my words out of text
Went from gangsta to Islam to the dick of Das EFX
It'll take the Nation of Millions to Hold Me Back
From giving you mouth shots or hit wit the pipe Ralph got
When sucker ain't around, it's your Friday, it was good
I wasn't salty, she was wit the Boyz N the Hood
Chorus:
I see the bitch in you when you don't speak your mind
The bitch in you, looking me in my eyes lyin
I see the bitch in you, simply hard, you find
The bitch in you but yo it's coming out
Verse Two:
Up on this rap shit, Cube, I'm calling out
I break in and smack niggaz that's in the Slaughterhouse
This ain't no East coast, West coast, none of the above
I'm from Chi, I went to Cali, niggaz gave me love
There's a thin line between the fake and the real
Grafted ass nigga, I see through your Glass Shield
Had skills once upon a time on this project, yo
I'm a have ta wreck a Ho'shea
I heard a ho say you her favorite rapper
(So what) so I had to slap her, ugn
And violate you, a Muslim drinking brew
Your nigga ain't no Mack 10, he's a 22
I seen you, you ain't say shit to ATL
Cube, I like that diamond charm, I might cuff it, then sell
It out, like you sold Kam and Threat
A year ago, you wasn't talking shit about the West
Guess you knew you're shit was done plus the one got you cable
Hoo Bangin, you ain't banging shit but the table
And the Circle Madd, ain't got no choice but to fight
Ain't none of y'all muthafukas got a chance on the mic
Anytime you come out, yo, I'm a talk about you
Until you let that bitch in you, walk up out you
Any last words before I hit the switch
From the immortal words of one, a bitch is a bitch
Chorus