The beers and the 'mats Lyrics

Lyrics to The beers and the 'mats

The beers and the 'mats Video: 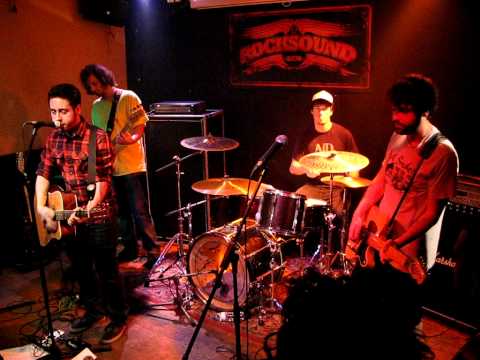 Tonight there's this show I still don't know if I want to go
And maybe later we could talk about how great the weekend was
Yesterday, always thinking about yesterday
It was fun playing with the band, feeling the adrenaline of a sunday afternoon spent shouting dumbshit that won't change a thing
And then I watched a movie that I've seen a thousand times,
because there's so few things that could change my life now
The plan is to go to this club where my friend works like every night
And get wasted there because it's cheap
I know i've been quite lonely but I guess I'll stay that way
Listening to old records by the replacements all day long
And thinking about how great our life together was
listening to "Rock'n'Roll Ghost" on and on and on
And it was fun, but now it's gone, feeling the excitement of the best winter of my life, but now it's bullshit, and I'm so tired
So I'll watch this movie that I've seen a million times
because there's so few things that could change my life now