The Ballad Of The Architect Angel Lyrics

Lyrics to The Ballad Of The Architect Angel

The Ballad Of The Architect Angel Video: 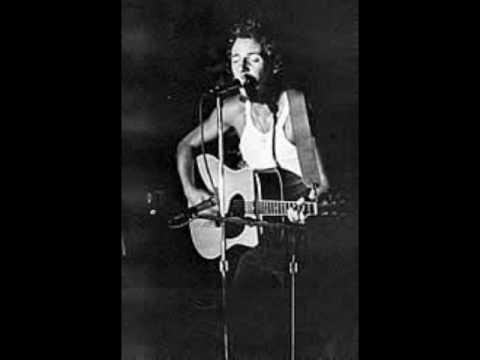 The architect angel held Juda ranch. Just a dirty mile down on the borderline. Where he mastered blastin' and hustled young cattle for slaughter And dated Juda's daughter. From the cellar aways to the attics and all across the plains Broke electric static of religious strain, And though he was never an addict, he wore scars on his veins. Like a young girl holds her first pimp, he held his Bible in. From desert bars and church bazaars, the hunger slowly came With vulgar faces from vulgar places lookin' for a game. Well, ivory gun handles and chamber grease And souped-up hydroplanes. The bullets burn from TV silver, bearin' great cowboys' names. Now with 14 inches of gun barrel, smokin' from the lid, Spurs on straight black bootheels, he said &quotThey call me the Brooklyn Kid." And in his lonely Zenith nightmares, well that's just what they did. Oh, how he played out his scenes, loaded on dreams. Well, his holster slung low like a hot kid-sister Tied back to his leg like he gonna do. He was stompin' the step he called the Quickman Twister. His six-guns were pumpin' through. His tongue hung low like sawdust scrapin' across the plains. He crawled up outside the Juda Ranch. And started callin' the angel names. And now the architect angel stood, in one hand a staff, the other a gun. He held the staff high in the wind. The gun was like a piece in the sun. He started howlin' like a monsoon wind. Drew fast. The job was done. At night the moon stretched tight light 'cross the plains, As real cowboys sat around real campfire flames, And the county wolf called as if to explain to his son The way the West was won. The West was finally won. The way the West was won.