Lyrics to The 3rd World 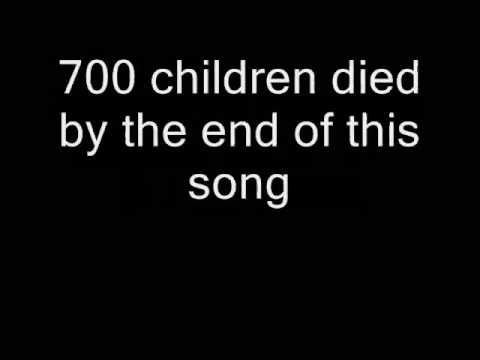 
I'm from where the gold and diamonds are ripped from the earth
right next to the slave castles where the water is cursed
from where police brutality's not half as nice
and makes the hood in America look like paradise
compared to the AIDS-infested Caribbean slum
African streets where the passport's an American gun
from where they massacre people and try to keep it quiet
and spend the next 25 years tryin' to deny it
I'm from where they cut your hands off if you make a fist
and niggas throw coca cause the job market doesn't exist
except slave labor modern day company store
and peace keeper's don't ever ever ever come here no more
from where the bombs that they used to drop on Vietnam
*Steal* us children born deformed eight months before they born
I'm from where they lost the true meaning of the Qur'an,
'cause heroin is not compatible with Islam.
And niggas know that, but throw that poppy seed anyway,
'cause that food drop parachute does not come everyday.
I'm from where people pray to the gods of their conquerors and practically,
Every *president's a* money launderer.
I'm from the only place democracy is acceptable,
Is if America candidate is electable.
And they might even have a black president, but he's useless,
'Cause he does not control the economy stupid!

I'm from where the catholic churches are some racist shit.
They helped Europe and America rape this bitch.
They pray to white Spaniard Jesus, who's face is this
But never talk about the black Pope Gelasius
I'm from where soviet weapons still decide elections.
Military is like the mafia: you pay for protection.
*catamite* sex toys, is what the country sells,
And rich white businessmen make the best clientèle.
I'm from where they too pussy to come film Survivor .
And they murder Coca-Cola union organizers.
I'm from where the justice system

cause Rico laws don't apply to the CIA
and mother fuckers make sneakers for a quarter a day
I'm from where they overthrow democratic leaders
not for the people but for the Wall Street Journal readers
from where blacks, indigenous peoples and Asians were once
slaves of the Caucasians and it's amazing how they trained them
to be racist against themselves in a place they were raised in
and you kept us caged in
destroyed our culture and said that you civilized us
raped our woman and when we were born you despised us
gentrified us?????
and crucified every revolutionary messiah
so Ima start a global riot
that not even your fake
anti-communist dictators can keep quiet
fuck your charity medicine, try to murder me
the immunizations you gave us were full of mercury
so now I see the Third World like the rap game soldier
nationalize the industry and take it over!

(Thanks to fred jones for these lyrics)