That's What It Is Lyrics

Lyrics to That's What It Is

That's What It Is Video: 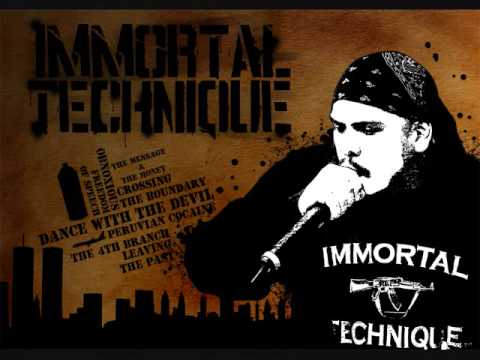 [Invasion]
Yeah... yeah... used to run around getting my fight in the streets on
Back in the day before Harlem had a green zone
What good is a good education with no direction?
Like the right to vote with no one to vote for in an election
Like a gun with no bullets in the clip for protection
Like the crowd packed in the front without the midsection
Used to live robbing and stealing and being reckless
It took time for my mind to put the ghetto in perspective
I used to live in the back, of a holding van
Used to be offbeat, like the white girls' shoulder dance
I wrote rhymes a cappella, no beat, behind bars
Shed blood to make it, like the story behind scars
I used to be a battle champion, in the meanwhile
Before some of you little fuckers learned to freestyle
Prematurely senile, underground prima donnas
I was Oliver North during Iran Contra
Cause I, never snitched, and that's backed by evidence
I learned it by watching you, don't ever forget it bitch
Cause everybody knows how the government do
They never snitch on themselves, but they want you to snitch on YOU
Evolution from Australopithecus
Primitive commercial shit to hard-core lyricist
Your wax is useless
Rappers are dropping like Icarus
Technological revolution... nigga picture this

Yeah... I told you what it was, but this is what it is now
Lyrical bullets, packed to the top of the clip now
Treat it like a robbery, I'm shutting this shit down
Fellas put your hands up and the all the women strip down
That's not misogynist, you ostriches, cause I could just, apocalypse
Talk politics to the populace
Or challenge what the market is
With militant caucuses
That'll smash the spirit of Hip Hop out the sarcophagus
This is the curse of Tutankhamen, I bring the drama on
I'm sinful, I eat you, broad daylight on Ramadan
Hip Hop, reparations, now we taking back Delucci
Don't tell me you spent it on coke, like Danny Bonaduce
We're tired of being on the outside, looking in
Wondering what the fuck Hip Hop would've been
This is what it is, as opposed to what it used to be
And this is your corporate tax ID eulogy
Dominant speech is the new breed, that won't let you breath
I'll make you die for what I believe
So we got nothing in common
There ain't no comparison
You got beef with niggas, I got beef with Aryans
White power Nazi European Americans
Rapid Poverty pimps, and fake vegetarians
The resurrection, ripping a ball through the record (wrecking?) section
Flight connection to the gentry board of all guerrilla lessons
Fuck a middle man distributor, I got a choice now
This ain't Volume 1., I got a grown man's voice now
Toured the country four times over, I'm older and wiser
Poisonous words, you'll find strychnine in my saliva

(No one out there can fuck with me)
(motherfucka what?)
(I speak that real shit)
(to smash the airwaves)
(I don't want to tell you motherfuckers again)