Lyrics to That Nigga 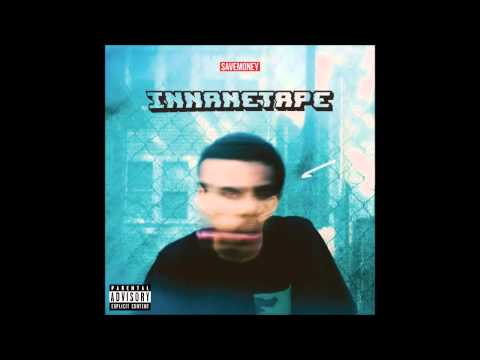 [Intro]
What do you do when your dreams really start to come true?

[Verse 1]
Every day can be a different state when you getting paid nightly
Let 'em throw salt, that's just the fire to the flame, that shit ignite me
Oh, don't you want an autograph? Give your daughter some
I still keep my team on my back, cause that's where I started from
My niggas know I got 'em if I ever got an obligation
I read between the lies, see through the lies inside the conversation
I been patient, I wrote this shit down in my momma basement
She just wanna retire
I just wanna tell her she can
Look back at her baby boy like damn that's one hell of a man
Tell her friends at work, repeat it and tell 'em again
I'm yelling, "Yeah! Hell yeah! I got my foot on they neck"
They might as well compare me to myself, I'm as good as it gets
I think about my time with the band if I would've went back and did something different
Naw: I ain't trippin'
I'm full speed ahead, schurr, watch I switch when I'm whippin'
They used to call me Vic but now they just call me that nigga

Matter fact, you could call me that nigga
Naw, put my name in your phone "That Nigga"
For real

[Verse 2]
That nigga, been a nigga forever, don't you remember?
Toured with Disclosure in January, I'll be gone till November
I told my girl I'll move to Cali when I ain't had the rent up
I might put 50k into options to out do nigga's income
And y'all already know I wouldn't say it if I ain't really mean it
My dick tell 'em my name is big, bitch I'm Willie Beamin'
Beam me up, Scottie, I been thinking of heaven, I been dreamin'
With dreams may come true
Jermaine tests my line, I was drivin' down 69th
He said, "It's Cole," I'm like, "What? Who?"
It's J.Cole, nigga, I'm on tour and I want you
So shouts to No I.D. fuck the bullshit
Between me and you, you know you my nigga
And ship know I'm that nigga
It's for everything, Tunchi, Millie Mil, and Hit-Boy, too
Trip, Dan, mom and dad, my fam
Natalie you my number uno, baby you know I'm your one too
So you ain't gotta trip when bitches ask for a picture
They be like, "Wait are you...

[Outro]
Yo, shout out to everybody that believed up 'til this point. I feel like I'm on top of the fucking world right now. King Kong shit. I fell off a fucking bridge. I got electrocuted by like thirty thousand volts of electricity. I was in the hospital for three nights, then got on a flight to New York to go meet with Atlantic Records the day I got out. I came back, I was on stage the day I got back with a cast on my arm. That's me. Save Money still alive. You know it's like nine months ago I was in such a different place, I was in a fucking band and everything I had fell through the cracks right before my eyes. A lot of people probably didnâ??t think Iâ??d still be on my feet after that, but the only thing you can count on in this life is change. This shit is dedicated to my pops for all those last minute flights. To Cody for putting up with my shit and doing everything you ain't wanna do to make this shit come to light. To Natalie for believeing in me when nobody else did. To Waxx and Ill America for helping me build the vision. To Kev and Peter Cottontale for making this shit a masterpiece. To Papi Beats for the late night sessions. What's left to say? Haven't I said it all? Did I sing enough songs for you? Thank you. Peace

[Internet Skit]
Vic! What you doin'? Get off the internet!