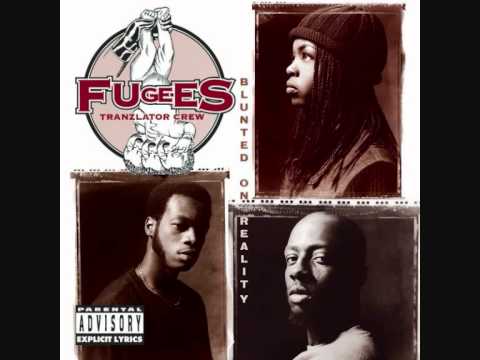 (Lauryn Hill)
Well as an infant I was born into religion
My mother called me back - this brother she forgot to mention
Was just one baptist - me! The stories o' God sent
His only forgotten sooonnn who gave his life
to make sure that I would have one
As I learned in Sunday School, he's got to care
of who's ready to disrespect, my mother and father would be Taboo
But as I grew, I met a Jew, a Catholic
and the pastor just couldn't figure out where baptist fit
Hastily ya paid me that'cha make me sing
Brother has confronted me, mister (????)
I get Jehovah, a Buddha or shall I call you Adder
or though rich for tellin' me brother
I just like to be a scholar on the subject called realogy
So that's how I might figure
why they call themselves Christians, ya still call me nigga
And off to store a black hole leaves no control over thought
I leave my body to see the pits
go high when the physical takes control
No communications with the inner stealth
The prize is the up the wise, wise who has a spiritual health
Now to explain they had the problems/visions of gettin' along with herself
She bought a corner, cornered herself and becomes a mourner
Logic brothers...
(Ahhh, yo sister can Praswell and Wyclef get some, check it out)

(Wyclef Jean)
Delivered straight from the (TEMPLE), I had no time to (SAMPLE)
My cousin's name was (SAMUEL), I wasn't allowed to use the turntables
My dad was a preacher, so rap music was your devilism
And if it wasn't say: Thank You Lord, I couldn't listen
So why you s-sneak to listen to DJ Red Alert?
To check the competition, a DJ Red Alert goes berserk
Cause as a young lad, I had a big rap pad
Cause he who wanted to practice would someday be the greatest guy
So I checked them as they flippin' sometimes

they're not flippin', they think they rippin'-rappin'
the only rappin' they doin' is in they room before they packin'
You gained the world sucker, but you lost your soul
(The devil approach you us, all you do is tell a foe)
Life after death could be eternal fire
So some get blunted but you're back all on this when it's all over
Mama said that blunt was a stunt to the brain
So some say: I don't smoke but on a sneak-tip he sniff coke
He won the lotto but now he dies of an overdose
While the bum he picked a hole to sleep he wanted a deep throat
So ask yourself the question: Who's really maxin'?
Cause some check in but don't check out and either Hell or Heaven high
But to some Earth is Hell and Heaven's death
So they predict to be Haiti's and kill till there's nothin' left, hah
But I'ma hit with a gun, that's harder than all guns
Mic check from the temple, check the Tech
(And start the nuzzle to get wreck)
Can I get a witness? (Check the Tech)
Get wreck (Check the Tech), check the Tech
(And start the nuzzle to get wreck), can I get a witness?
(Check the Techs), here we go yo
Well I arrive let me tell you what I see in my third eye
Many die they call a battle, they got crucified
Justice, is righteous, in the eyes of the beholder
While the, younger the better but the, older the wiser
Mama used to read in deep from the book of powers
But the bird said the word was absurd, have ya heard?
Knowledge - I come to teach while I increase ya decrease
Some say peace, but on a street a .45's my piece

(Pras)
Hallelujah, hallelujah, praise me two things
try all my cheap - COME!!
On the nineteenth of October I remember
startin' my life as a natural leaver
Cause I lick one-two-three-four-five-six-seven shots
While any priest here builds his church on a solid rock, hit me
So feel the spirit comin' from the Heaven above
(Ay, Pras, how could you be a hood in full of so much love?)
I said: On every man chest there breathes a heart
Hip-hop where it starts, I tried to master the art, come on!!